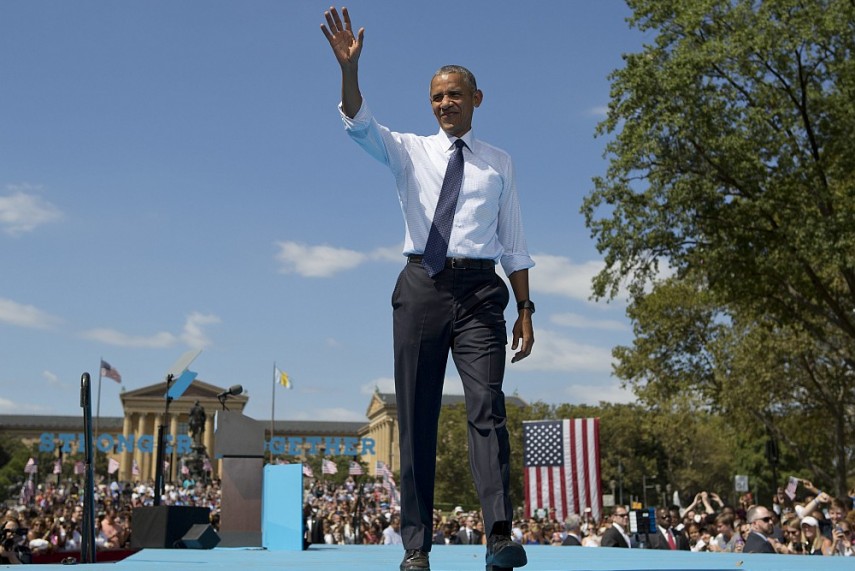 Encouraged by Myanmar's progress towards democracy and installation of a civilian government, US President Barack Obama today decided to terminate national emergency imposed on the country and said he will "soon" lift the sanctions against it.

The announcement from Obama came after his meeting with his fellow Nobel laureate and Myanmar Foreign Minister Aung San Suu Kyi at the Oval Office of the White House.

"In part because of the progress that we've seen over the last several months, I indicated, after consulting with Daw Suu, that the US is now prepared to lift sanctions that we have imposed on Myanmar for quite some time. It is the right thing to do in order to ensure that the people of Myanmar see rewards from a new way of doing business and a new government," Obama said.

Recognising the progress toward democratic transition that Myanmar has achieved, including through the election of a civilian-led government, the US will terminate the National Emergency with respect to Myanmar and will revoke the Executive Order-based framework of the Myanmar sanctions programme, said a joint statement issued after the meeting.

The State Department said announcement during the historic visit of Suu Kyi is a testament to the tremendous change Myanmar has undergone in the past few years.

Myanmar now has democratically-elected civilian leadership for the first time in over half a century, and is focused on bringing peace and national reconciliation, economic prosperity and social welfare, and respect for human rights to its people, it said.

During the meeting, Obama also announced his intention to take action to lift Executive Order-based economic and financial sanctions on Myanmar.

"I believe the President said in the coming days (sanctions would be lifted)," White House Press Secretary Josh Earnest said during his daily news conference.

Earnest said what substantively has changed is that the reason that this national emergency was placed into effect in the first place was concern about the undemocratic conduct of the military government that previously ruled Myanmar.

"Much of the concern in the United States was rooted in the way that that military government was treating Aung San Suu Kyi. She was imprisoned in her own house," he said.

"That's an important reason why the national emergency was put into place. Now, we've seen significant democratic reforms inside of Myanmar. No longer is Aung San Suu Kyi a prisoner in her own house, she's now the head of the government. So I think that does reflect important progress inside of Myanmar and I think given that progress, I think it makes sense that the national emergency would be withdrawn and the sanctions lifted," he said in response to a question.

"That said, we continue to want to encourage the pursuit of additional Democratic reforms as many have noted. There still is a -- an undo role that the military plays in the government, there. They have about 25 per cent of the legislative seats. So that's an indication that there are additional Democratic reforms that we'd like to see them pursue.