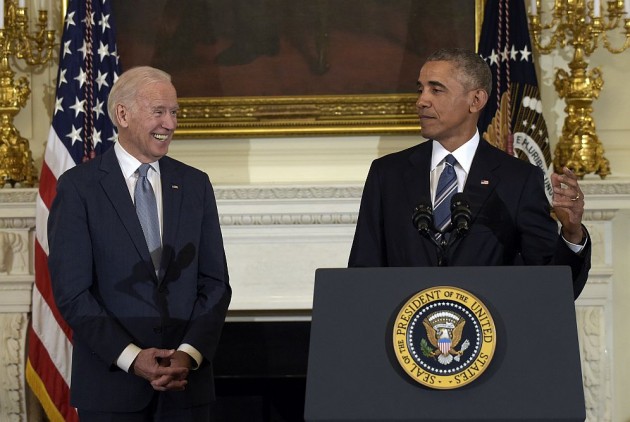 President Barack Obama today sprang a surprise on Vice President Joe Biden by awarding him the Presidential Medal of Freedom, America's highest civilian honour, at a tearful farewell where he described him as "an extraordinary man with an extraordinary career".

Obama called the 74-year-old former Delaware senator "the best vice president America's ever had" and a "lion of American history", during an emotional ceremony to honour at the East Room of the White House.

"For the final time as president, I am pleased to award our nation's highest civilian honor, the presidential Medal of Freedom," Obama said.

"I am proud to award the Presidential Medal of Freedom with Distinction to my brother, Joseph Robinette Biden Jr," he said.

A visibly overwhelmed Biden said the award was more than he deserved.

Obama said the tribute will give the Internet one last chance to joke about the "bromance" the two share. "This is an extraordinary man, with an extraordinary career in public service," he said.

The president said that the people of Delaware sent Biden to the Senate as soon as they could, electing him at the age of 29.

"It was eight and a half years ago that I chose Joe to be my vice president. There has not been a single moment since that time that I have doubted the wisdom of that decision. It was the best possible choice, not just for me but for the American people," Obama said.