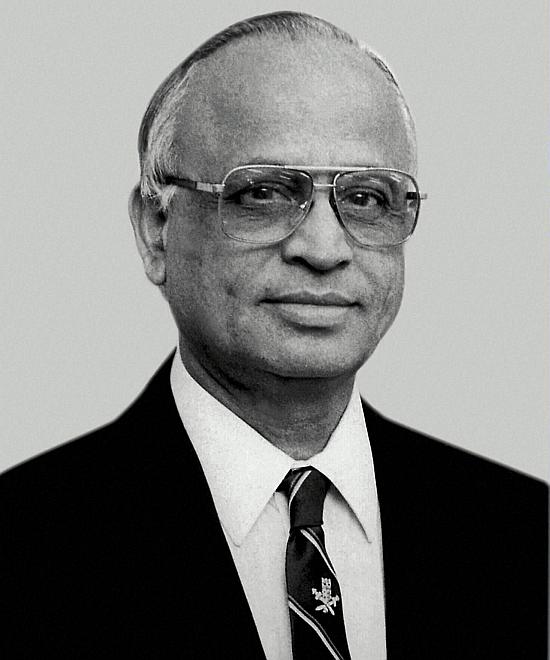 "The end came at 3.30 pm at BARC Hospital here due to complications arising from lung infection," his son Srinivas Iyengar told PTI.

He is survived by wife, son and a daughter.

Iyengar, a former Chairman of the Atomic Energy Commission, also played a key role in India's civil nuclear agreement with the US by forming a pressure group of top nuclear scientists.

The pressure group of eight leading nuclear scientists reminded the government of the US decision to suspend fuel supply to Tarapur reactors in the early 1980s and advised caution.

They also ensured that the government took utmost care in negotiating the civil nuclear agreement with the US and did not get into trouble.

Iyengar had a keen interest in developing indigenous experimental facilities such as neutron diffractometers and neutron scattering spectrometers.

He was one of the key figures in the Operation Smiling Buddha -- the first peaceful nuclear experiement at Pokhran on May 18, 1974 -- as second-in-command of operation leader Raja Ramanna.

He also pioneered cold fusion experiments in the 1980s to prove the hypothesis that nuclear fusion can occur at ordinary temperatures under certain scenarios.

The experiments were discontinued after Iyengar's exit from the nuclear establishment by some conservative scientists.

"In the recent months he (Iyengar) was very happy to learn of the development of the Ni-H Rossi reactor and the imminent commercialisation of Cold Fusion/low energy nuclear reactions," said M Srinivasan, a close associate of Iyengar in the experiments.

After post-graduation in Physics from Kerala University, Iyengar started his career with the Tata Institute of Fundamental Research in 1952.

Iyengar started his research career in neutron scattering with Nobel laureate B N Brockhouse and contributed to path-breaking research on lattice dynamics.

He set up a number of experimental facilities and led the team that designed and built India's first plutonium reactor -- Purnima which achieved first criticality on May 18, 1972.

As Director of BARC one of his first responsibilities was to take charge of the construction of Dhruva reactor, the completion of which was then in question.

He provided a crucial leadership in resolving many technical challenges encountered in commissioning of Dhruva.

Some of the key positions he held included scientific adviser to Kerala government, member of board of the global technology development centre and president of the Indian Nuclear Society.