Someone even compared her with wanted gangster Dawood Ibrahim. 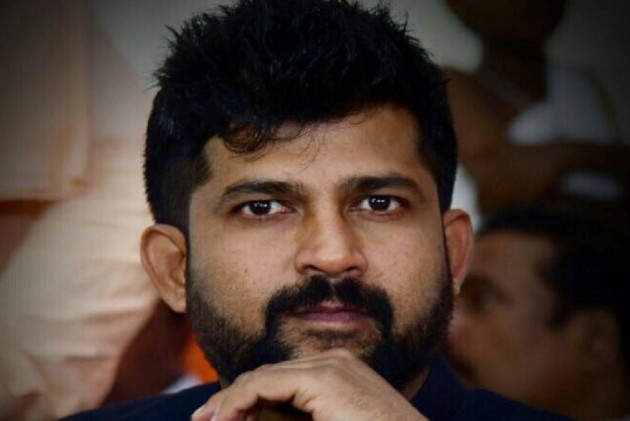 The campaign of a Kargil martyr's daughter against the ABVP on Monday drew controversial reaction from BJP leaders with Union minister Kiren Rijiju wondering who was "polluting" her mind and another comparing her with wanted gangster Dawood Ibrahim.

Pratap Simha, BJP MP from Mysuru, tweeted, "At least Dawood did not use the crutches of his father's name to justify his anti-national stand."

His tweet came as the campaign of Gurmehar Kaur went viral online with her photograph in which she said, "Pakistan did not kill my father. War killed him."

To mock her, Simha also posted a photograph showing Dawood with the message, "I didn't kill people in 1993. Bombs killed them."

Rijiju also took to Twitter to take a dig at her.

"Who's polluting this young girl's mind? Strong armed forces prevent a war. India never attacked anyone but a weak India was always invaded," the minister of state for Home Affairs said.

Talking to reporters, he later said, "One should not say things which could demoralise the countrymen and the forces. Everybody has freedom but that does not mean that you raise slogans to weaken the country."

24-year-old Kaur, daughter of Kargil martyr Captain Mandeep Singh and a Delhi University student, had started a social media campaign "I am not afraid of ABVP" following the violence at Ramjas college. Her campaign has gone viral and received support from students across various universities.