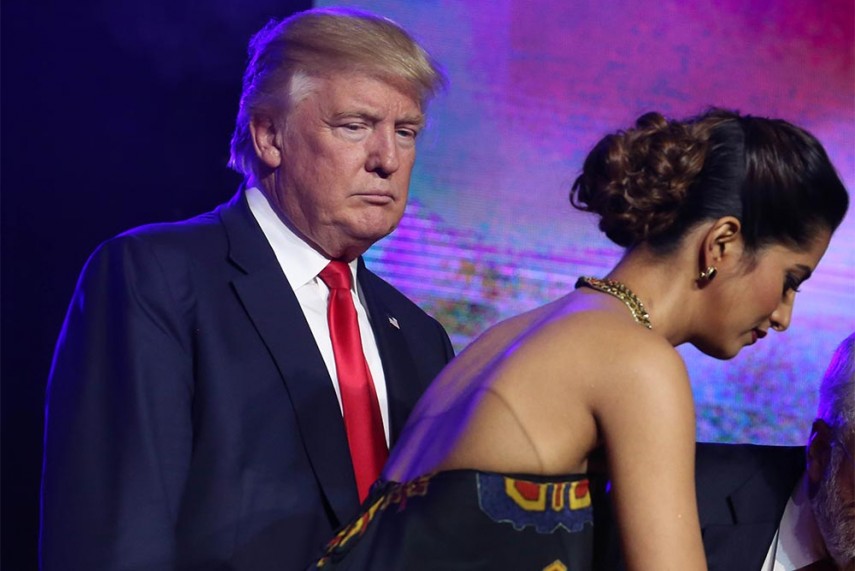 An adult film star today became the 11th woman to accuse Donald Trump of inappropriate sexual contact, saying he touched and kissed her in 2006, further damaging the already fragile campaign of the controversial Republican presidential nominee ahead of the November 8 polls.

Jessica Drake is at least the 11th woman to publicly accuse the real estate tycoon of unwanted sexual advances since the surfacing of a 2005 "Access Hollywood" tape in which Trump brags about being able to grope and kiss women.

42-year-old Drake, an adult film actress and director, alleged that during a charity golf tournament in Lake Tahoe, Nevada, in 2006, she met Trump. She was then invited to Trump's suite. She went there along with some of her women friends.

Drake claimed that Trump asked her for her phone number and invited her to his suite the night they met in 2006. She went and brought along two other women to accompany her because she said she did not feel comfortable attending alone.

"He grabbed each of us tightly, in a hug and kissed each one of us without asking permission," said Drake, who is being represented by Gloria Allred, the women's rights attorney who has represented other women -- including two other Trump accusers -- in high-profile sexual assault cases.

Feeling uncomfortable, Drake said she left after about 30 to 45 minutes but later received a phone call from one of Trump's representatives, who invited her to his room alone. Drake declined.

According to Drake, Trump himself then got on the phone with her, asking her to come back and to go out to dinner or attend a party with him, but she again declined.

He then asked, "What do you want? How much?" Drake said. After she turned down his invite, she said he eventually offered her USD 10,000 and use of his private jet if she accepted.

11 woman have so far accused Trump of sexual misconduct since the leak of 2005 video in which he is seen making lewd remarks about woman, prompting a rare apology from him.

Like many of the women before her, Drake said her decision was sparked by watching a 2005 video of Trump bragging about getting away with assaulting women because of his celebrity status.

Meanwhile, the Trump campaign has refuted the charges claiming that the story is completely "false" and the "picture is one of thousands taken out of respect for people asking to have their picture taken with Trump."

"Trump does not know this person, does not remember this person and would have no interest in ever knowing her," the Campaign said.

"This is just another attempt by the Clinton campaign to defame a candidate who just today is number one in three different polls," it said.

Terming the allegation of sexual misconduct against him as "total fabrication" Trump has said, "All of these liars will be sued after the election is over."