Note Ban May Pull Down GDP To 5% This Fiscal, Says Montek Singh Ahluwalia 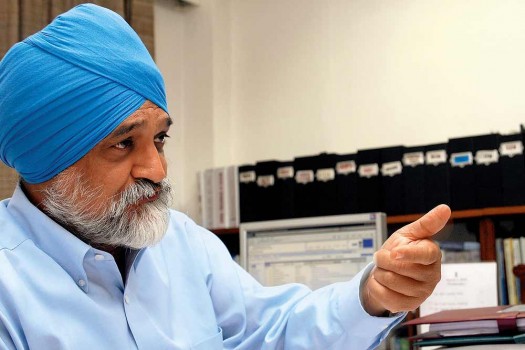 Print
A
A
A
increase text size
Outlook January 06, 2017 17:24 IST Note Ban May Pull Down GDP To 5% This Fiscal, Says Montek Singh Ahluwalia

The demonetisation drive has disrupted the "underlying strength" of the economy, which is likely to see up to 2 per cent fall in growth at around 5 per cent, former deputy chairman of the erstwhile Planning Commission Montek Singh Ahluwalia said.

"The country had an underlying strength for growth of over seven per cent, but demonetisation has disrupted that strength and I think GDP will get affected between 1 and 2 per cent. So now it should be 5 to 5.5 per cent for the current year," Ahluwalia said after a close-door meeting with members at the Bharat Chamber of Commerce.

He said the present government did not set any road-map for the long-term benefits out of note recall despite recognising the short-term pain.

However, the immediate concern of the government should be to get back to 7 per cent-plus growth rate.

Ahluwalia said he was not sure whether the Central Statistical Oganisation would consider demonetisation while preparing its report, which is usually based on Q1 and Q2 data of the year.

He recognised addressing the problem of black money, but observed that there are several other things which can be considered for that end like making tax rates attractive to encourage compliance.

He said that land, a state subject, was a big destination of black money while reform in political funding was also important.

Ahluwalia said that he would not have recommended demonetisation as a tool to push digital payment, but foresaw no cash-related problem beyond May, this year.

He also feared that the GST rollout in April could contribute to a decline in the industrial output.