Not A Day Of 'Special Remission' Given To Sanjay Dutt, Says Home Department 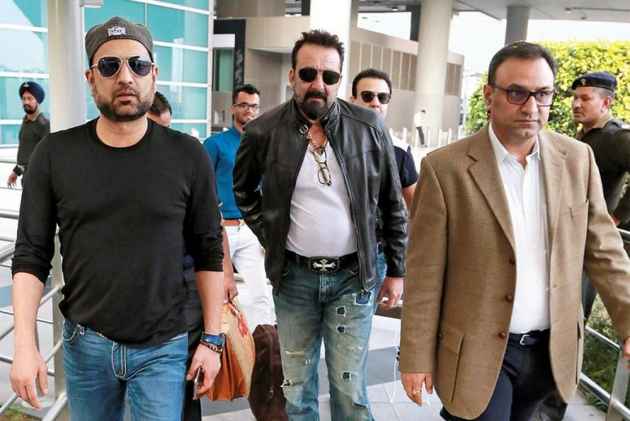 Print
A
A
A
increase text size
Outlook June 14, 2017 18:04 IST Not A Day Of 'Special Remission' Given To Sanjay Dutt, Says Home Department

Not a single day of "special remission" was given to actor Sanjay Dutt in the 1993 serial blasts case and the Maharashtra government is ready to defend in the Bombay High Court its action of releasing him early, a Home department official said today.

"Sanjay Dutt's release is exactly as per the rules and jail manual, just like a common prisoner. Not a single day of special remission has been awarded to him. He has been treated as an ordinary prisoner all along," the official told PTI, speaking on condition of anonymity.

The Bombay High Court had on June 12 asked the state government some searching questions and sought justification for its its decision to grant the actor early release from prison.

The court has directed the state government to file an affidavit stating what parameters were considered and the procedures followed while deciding that Dutt deserved leniency.

"Cases involving high profile inmates are especially sensitive considering intense scrutiny they are subjected to. There is no possibility that even an iota of favouritism was shown to him. Nobody would take the risk," the official said.

The official said that the government is ready to defend its stand in the Court.

"The prisons department has already submitted its affidavit on the actor's release. The Court has asked for more details, which we will provide," he said.

"No case has been registered against him of default, indiscipline while he was in jail. There was no adverse report from police as well when he was out of the jail," he said.

A division bench of justices R M Sawant and Sadhana Jadhav had issued the direction on a public interest litigation by Pune resident Pradeep Bhalekar challenging regular paroles and furloughs granted to Dutt when he was serving his sentence.

"Was the DIG prisons consulted or did the jail superintendent directly send his recommendation to the governor? Isn't there a uniform procedure followed for all prisoners who receive good conduct reports?" the bench had asked.

"Also, how did the authorities assess that Dutt’s conduct was good? When did they get the time to make such assessment when he was out on parole half the time?" the bench wanted to know.

The government had told the court that it was a usual practice to grant prisoners who show good conduct a remission of 114 days.

Bhalekar has said in his plea that around 400 convicts across the state had secured good conduct reports but no such leniency was shown to them.

On July 31, 2007, the TADA court in Mumbai had sentenced Dutt to six years rigorous imprisonment under the Arms Act and imposed a fine of Rs 25,000.

Dutt was convicted of possession of an AK rifle, which was part of the consignment used in the 1993 terror attack.

In 2013, the Supreme Court had upheld the ruling but reduced the sentence to five years following which he surrendered to serve the remainder of his sentence.

During his imprisonment, Dutt was granted parole of 90 days in December 2013 and later again for 30 days.

Dutt was let out in February 2016, eight months early, on account of his good conduct from Pune's Yerwada prison.