Norwegian Killer Says He Was Influenced by Al-Qaeda 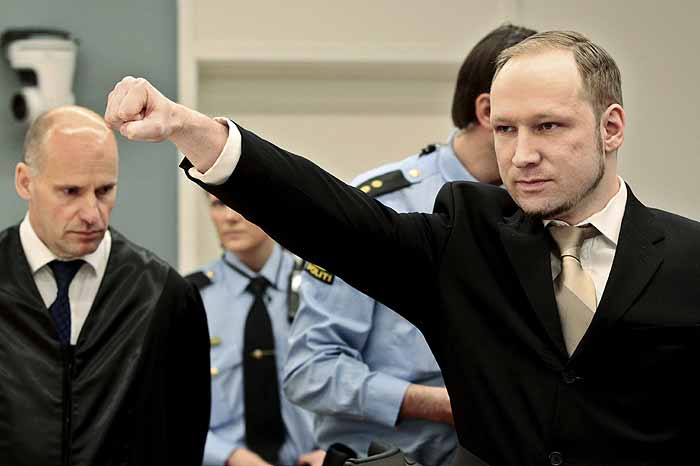 Print
A
A
A
increase text size
Outlook April 18, 2012 09:27 IST Norwegian Killer Says He Was Influenced by Al-Qaeda

outlookindia.com
-0001-11-30T00:00:00+0553
The gunman behind the Norway massacres today said he was inspired by al-Qaeda and would repeat the carnage if he could as he took the stand on the second day of the trial.

Rightwing extremist Anders Behring Breivik said his twin attacks last year that killed 77 people were aimed at defending "ethnic Norwegians" from rising multiculturalism and that he "would have done it again."

Insisting that "universal human rights" gave him the mandate to carry out his acts, he described himself as a "militant nationalist" and, using the pronoun 'we' to suggest he was part of a larger group, added: "We have drawn from al-Qaeda and militant Islamists."

"You can see al-Qaeda as the most successful militant group in the world," Breivik told the court during questioning.

NATO's bombing of Serbia in 1999 and the September 11, 2001 attacks on the United States also played a role in his radicalisation, he said.

Granted clearance earlier to address the court with a prepared text, Breivik described his July 22 attacks last year as a "preventive" attack to avoid a European culture war with Muslims.

After describing Christians as "a persecuted minority," the 33-year-old asked the court to acquit him while making clear he had no remorse.

Breivik said that spending his life in prison or dying for his people would be "the biggest honour."

Breivik had been granted 30 minutes to speak, but ended up lecturing for 73 minutes, as chief judge Wenche Elizabeth Arntzen repeatedly urged him to wrap up quickly though the prosecution supported Breivik's wish to go on.

On July 22 last year, Breivik first killed eight people when he set off a bomb in a van parked outside buildings housing the offices of Labour Prime Minister Jens Stoltenberg, who was not present at the time.

He then travelled to Utoeya island where, dressed as a police officer, he spent more than an hour methodically shooting at hundreds of people attending a ruling Labour Party youth summer camp.