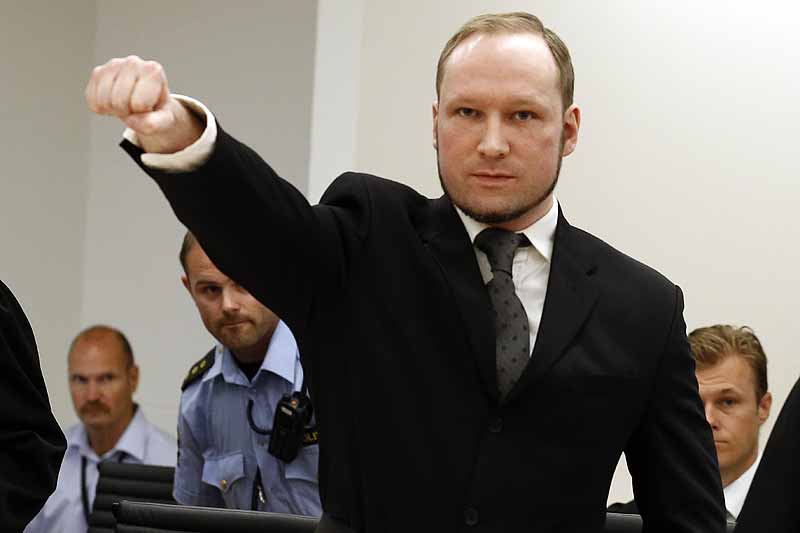 outlookindia.com
-0001-11-30T00:00:00+0553
A Norwegian court today sentenced Anders Behring Breivik to prison, denying prosecutors the insanity ruling they hoped would show that his massacre of 77 people was the work of a madman, not part of an anti-Muslim crusade.

Breivik smiled with apparent satisfaction when Judge Wenche Elisabeth Arntzen read the ruling, declaring him sane enough to be held criminally responsible and sentencing him to "preventive detention," which means it is unlikely he will ever be released.

The sentence brings a form of closure to Norway, which was shaken to its core by the bomb and gun attacks on July 22, 2011, because Breivik's lawyers said before the ruling that he would not appeal any ruling that did not declare him insane.

But it also means Breivik got what he wanted: a ruling that paints him as a political terrorist instead of a psychotic mass murderer. Since his arrest, Breivik has said the attacks were meant to draw attention to his extreme right-wing ideology and to inspire a multi-decade uprising by "militant nationalists" across Europe.

Prosecutors had argued Breivik was insane as he plotted his attacks to draw attention to a rambling "manifesto" that blamed Muslim immigration for the disintegration of European society.

Breivik, 33, argued that authorities were trying to cast him as sick to cast doubt on his political views, and said during the trial that being sent to an insane asylum would be the worst thing that could happen to him.

"He has always seen himself as sane so he isn't surprised by the ruling," Breivik's defense lawyer Geir Lippestad said.

The five-judge panel in the Oslo district court unanimously convicted Breivik of terrorism and premeditated murder and ordered him imprisoned for a period between 10 and 21 years, the maximum allowed under Norwegian law.

Such sentences can be extended as long as an inmate is considered too dangerous to be released, and legal experts say Breivik will almost certainly spend the rest of his life in prison.