North Korea Orders Rocket Prep After US B-2 Drill 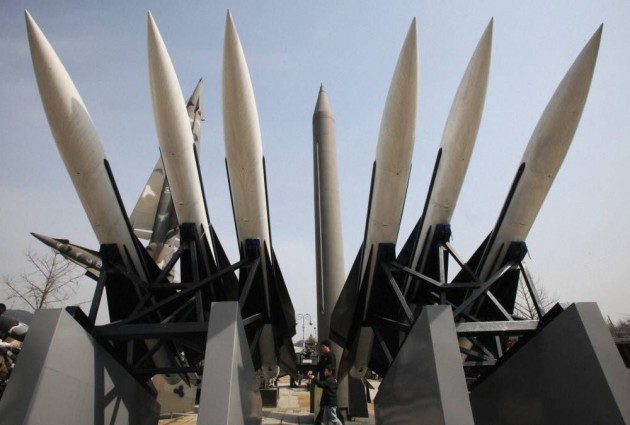 outlookindia.com
-0001-11-30T00:00:00+0553
North Korea's leader today responded to America's use of nuclear-capable B-2 bombers in joint South Korean military drills with more angry rhetoric, saying his rocket forces are ready "to settle accounts with the US."

The threats, while not an indication of imminent war, are most likely aimed at coercing South Korea into softening its policies, to win direct talks and aid from Washington, and to strengthen young leader Kim Jong Un's credentials at home.

Kim "convened an urgent operation meeting" with his senior generals early today, signed a rocket preparation plan and ordered his forces on standby to strike the US mainland, South Korea, Guam and Hawaii, state media reported.

It is the latest in the litany of apparently empty threats that North Korea has issued, including highly improbable ones to nuke the United States. Experts believe the country is years away from developing nuclear-tipped missiles that could strike the United States.

Many analysts say they've also seen no evidence that Pyongyang's missiles can hit the US mainland. Still, North Korea remains unpredictable, and its threats do raise tensions given the kind of arsenal it has: short- and mid-range missiles that can hit South Korea. Also, Seoul is only a short drive from the heavily armed border separating the Koreas.

There are fears of a localised conflict, such as a naval skirmish in disputed Yellow Sea waters. Such naval clashes have happened three times since 1999.

Kim said "the time has come to settle accounts with the US imperialists in view of the prevailing situation," according to a report by the North's official Korean Central News Agency. The stealth bombers' flight indicates that US hostility against North Korea has "entered a reckless phase, going beyond the phase of threat and blackmail," Kim was quoted as saying.

Thousands of North Koreans turned out for a 90-minute mass rally at the main square in Pyongyang in support of Kim's call to arms. Chanting "Death to the US imperialists" and "Sweep away the US aggressors," soldiers and students marched through Kim Il Sung Square in downtown Pyongyang.

US Forces Korea said that the B-2 stealth bombers flew from a US air base in Missouri and dropped dummy munitions on an uninhabited South Korean island range yesterday before returning home.