North Korea May Have The Capacity To Launch Sarin-Loaded Missile Attack, Says Japan 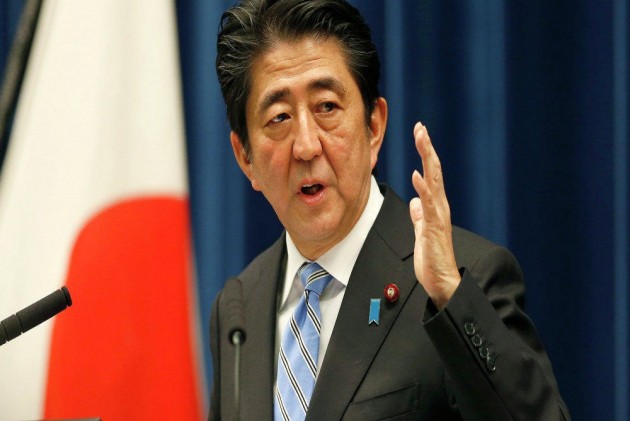 Print
A
A
A
increase text size
Outlook April 13, 2017 15:03 IST North Korea May Have The Capacity To Launch Sarin-Loaded Missile Attack, Says Japan

North Korea may have the capacity to launch a warhead loaded with sarin nerve gas, Japanese Prime Minister Shinzo Abe said on Thursday, as tensions rise over the country's missile and nuclear programmes.

Sarin has been used in deadly domestic attacks in Japan, notably in 1995 when the Aum Supreme Truth cult released it in the Tokyo subway killing 13 people and sickening 6,000 others.

"There is a possibility that North Korea is already capable of delivering (via missile) a warhead containing sarin," Abe told a parliamentary diplomacy and defence committee, referring to the poison nerve agent.

His remarks were reported by public broadcaster NHK and leading national newspapers. Abe did not elaborate or say where he obtained the information, according to the reports.

Tensions on the Korean peninsula have spiked in recent days amid concerns that Pyongyang could be on the verge of executing its sixth nuclear test and as a US aircraft carrier-led strike group heads to the region.

Originally conceived as a pesticide, sarin was used by Iraqi dictator Saddam Hussein's regime to gas thousands of Kurds in the northern town of Halabja in 1988.

The US believes the Syrian government employed a sarin- like nerve agent in a deadly attack in the country's northwest last week.

The Aum Supreme Truth cult also used the nerve agent in a 1994 attack in the Japanese city of Matsumoto, killing seven.