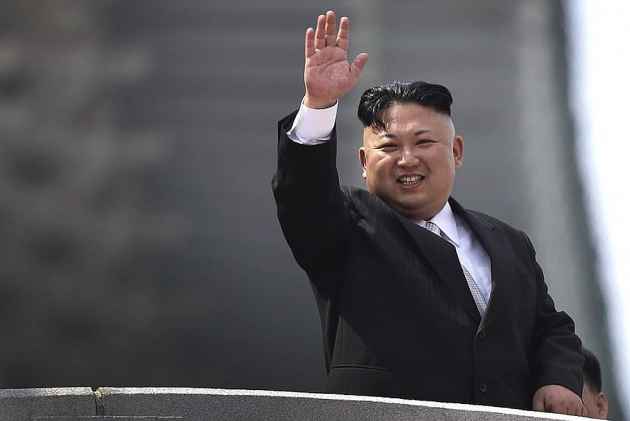 North Korea today officially dismissed President Donald Trump's threats of "fire and fury," declaring the American leader "bereft of reason" and warning ominously, "only absolute force can work on him."

In a statement released on state media, General Kim Rak Gyom, who heads North Korea's rocket command, also said his country was "about to take" military action near the US Pacific territory of Guam.

He said the North would finalize a plan by mid-August involving mid-range missiles hitting waters 30 to 40 kilometers (19 to 25 miles) away from the island.

The plan will then go to the commander in chief of North Korea's nuclear force and "wait for his order," Kim was quoted by KCNA as saying. He called it a "historic enveloping fire at Guam."

The statement only served to escalate tensions even further in a week that has seen a barrage of threats from both sides. While nuclear confrontation still seems incredibly remote, the comments have sparked deep unease in the United States, Asia and beyond.

A day after evoking the use of overwhelming U.S. Military might, Trump touted America's atomic supremacy. He said his first order as president was to "renovate and modernize" an arsenal that is "now far stronger and more powerful than ever before."

It was a rare public flexing of America's nuclear might. And Trump's boasting only added to the confusion over his administration's approach to dealing with North Korea's expanding nuclear capabilities on a day when his top national security aides wavered between messages of alarm and reassurance.

If Trump's goal with two days of tough talk was to scare North Korea, Kim, the commander, put that idea quickly to rest.

He called Trump's rhetoric a "load of nonsense" that was aggravating a grave situation.

"Sound dialogue is not possible with such a guy bereft of reason and only absolute force can work on him," the KNCA report quoted him saying.

Kim said the Guam action would be "an effective remedy for restraining the frantic moves of the US in the southern part of the Korean peninsula and its vicinity.