No Substantial Evidence On Whether Indians Abducted In Mosul Are Dead Or Alive, Says Iraqi Foreign Minister 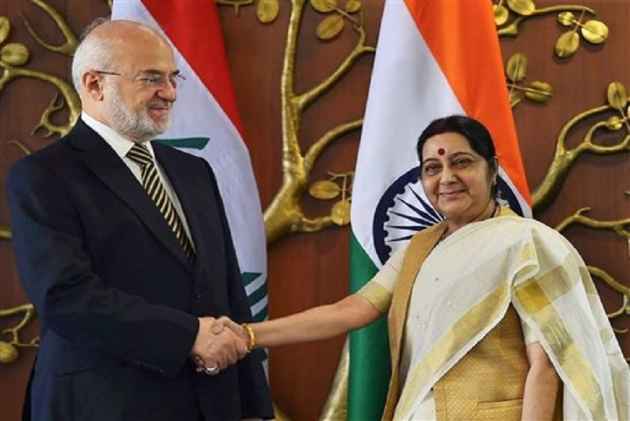 Print
A
A
A
increase text size
Outlook July 24, 2017 20:15 IST No Substantial Evidence On Whether Indians Abducted In Mosul Are Dead Or Alive, Says Iraqi Foreign Minister

Iraq today said it has no "substantial evidence" on whether the 39 Indians abducted in Mosul three years ago have been killed or are still alive but assured India that it is "making the best efforts" to find out.

The issue was raised by External Affairs Minister Sushma Swaraj during extensive talks with her Iraqi counterpart Ibrahim al-Jaafari, who began a five-day India visit today, nearly two weeks after Mosul was liberated from ISIS by Iraqi forces.

"We don't know whether they are dead or alive. We are equally concerned. There is no substantial evidence whether they are alive or not. We are making the best efforts," the Iraqi foreign minister told reporters about the Indians abducted in Mosul.

In a meeting with the relatives of the abducted Indians last week, Swaraj had said they might be languishing in a jail in Badush in northwest of Mosul where fighting was going on. However, a media report from Badush on Friday said the jail is now an abandoned structure and has been unoccupied for weeks.

Swaraj is likely to make a detailed statement in Parliament tomorrow about her meeting with her Iraqi counterpart.

In the talks, Swaraj and al-Jaafari decided to take steps to boost cooperation in areas of education, trade, energy and healthcare, official sources said.

The volume of bilateral trade in 2016-17 was nearly USD 13 billion. Iraq contributes significantly to India's energy security and is the second largest supplier of crude oil to India in 2016-17 with a total volume of over 37 MMT.

India had requested Iraq to locate the 39 missing Indians, mostly from Punjab, after Iraqi forces recaptured Mosul from ISIS.

Minister of State for External Affairs V K Singh was also sent to Iraq days after the Iraqi prime minister announced victory in the fight to liberate Mosul.