The film had courted controversy in the state with members of a Rajput group, Karni Sena, holding protests against the film 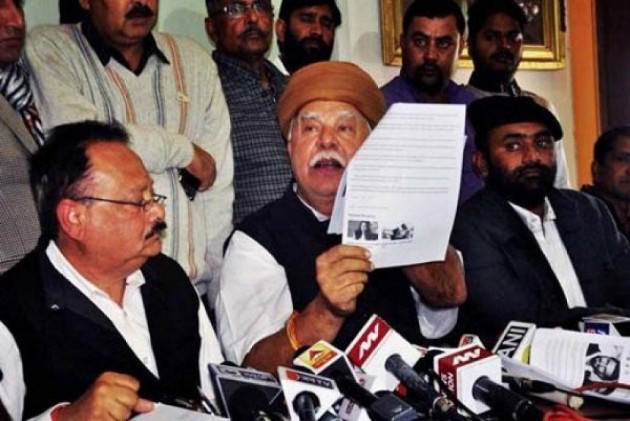 Leela Bhansali's upcoming film, Padmavati, will not get a release in Rajasthan till it is shown to the Rajput community leaders, a state minister has said.

The film had courted controversy in the state with members of a Rajput group, Karni Sena, holding protests against the film starring Deepika Padukone, Ranveer Singh and Shahid Kapoor, alleging distortion of historical facts by the filmmaker.

Addressing a protest organised by Savarna Adhikar Aarakshan Manch near the assembly building here yesterday, Energy Minister Pushpendra Singh had assured a section of the Rajput community that the film will not be released in the state.

"We will not allow the release of the film in Rajasthan till it is screened to our community members," the minister had told the gathering.

A complete ban on the upcoming film in Rajasthan, quota for economically backward upper castes, including Rajputs, Brahmans and others, formation of a board for upper castes, a CBI probe into the murder of a Rajput community member -- Chatur Singh Sodha in Jaisalmer -- were the demands of the protesters who were led by national president of Shree Rastriya Rajput Karni Sena Sukhdev Singh.

Shree Rashtriya Rajput Karni Sena is an offshoot of Karni Sena which had hit headlines sometime back for staging protest against Bhansali's film.

In January, Bhansali and his crew had cancelled the shooting of Padmavati here in the wake of assault on him and vandalism on the sets of the movie by a Rajput group that has triggered outrage in the film industry.

Bhansali was roughed up by members of a Rajput community group, who had also stopped the shooting of the film by damaging the set at Jaigarh Fort, alleging that the director was "distorting facts" in the movie which is about Alauddin Khilji's obsession with Rani Padmavati.