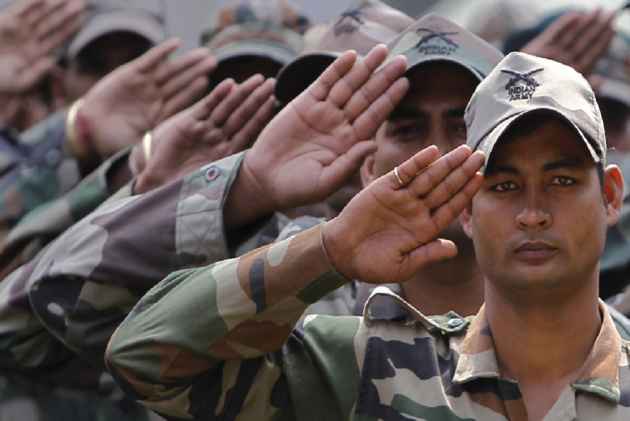 No proposal is under consideration to scrap the Sahayak system in the Army, the government today said, notwithstanding rising cases of jawans coming out openly against the colonial-era provision.

The clarification by Minister of State for Defence Subhash Bhamre came in the Lok Sabha in response to a question.

"No proposal for scrapping the Sahayak system, presently in place in the Army, is under consideration in the Ministry at present," he said, in a brief written reply.

Under the Sahayak or buddy system, a solider is attached to officers and their duties include protecting the officers, maintaining their weapons and equipment and helping them in carrying out their responsibilities.

Last month, a senior Army official had said that the force is actively considering recruiting civilian staff in peace stations to do away with the Sakayak system.

Earlier this year, a number of videos had surfaced where some army jawans were seen voicing their anger over the Sahayak system with some even alleging that they are treated as servants by the officers whom they are attached to.

To a separate question, Bhamre said complaints by serving soldiers are dealt with by authorities concerned according to existing rules and policies.

He said a study conducted by the Defence Institute of Psychological Research concluded that the major causes of suicides in the Army are domestic problems, marital discord, stress and financial problems.

To another question, Bhamre said a series of steps have been taken to strengthen security at army camps in Jammu and Kashmir.

On border security, he said trials for replacement of the existing anti-infiltration obstacle system (fence) with a more potent and improved design are on in the Northern Command area.

He said government has carried out a review of security at the defence establishments in Jammu and Kashmir and streamlined it.