No Need to Register Case Against Arundhati Roy: Gandhi Forum 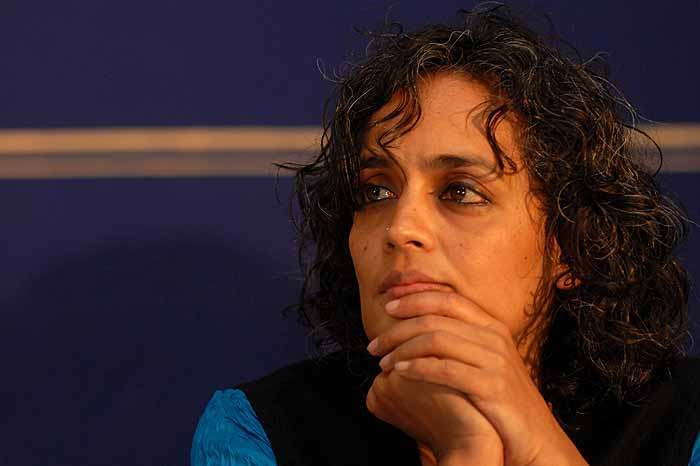 Print
A
A
A
increase text size
Outlook August 05, 2014 15:44 IST No Need to Register Case Against Arundhati Roy: Gandhi Forum

Joining the issue related to controversial remarks against Mahatma Gandhi by writer Arundhati Roy, Kerala Gandhi Smaraka Nidhi here has disapproved the police move to register a case against her, but has asked the writer to introspect on what she had said.

"We do not agree with registering a case against Roy for her remark against Gandhi. In a democracy, everyone has the freedom to agree and disagree," Kerala Gandhi Smaraka Nidhi Working Chairman N Radhakrishnan and Secretary K G Jagadeesh told reporters here today.

However, Radhakrishnan, also the Chairman of Indian Council of Gandhi Studies, said criticism should not become an 'insult' and disregard history.

"No one should question the freedom of expression enjoyed by Roy, But let her introspect and see whether what she said about Gandhi is correct or not. It is not good to say something just for the sake of getting a few public clap," he said.

"So criticism of Gandhi is not a new thing and there is nothing wrong in that. But it should not be one that spread canard and distorting history", he added.

Police last week had sought the video clippings of the controversial speech made by Roy at the Kerala University last month to ascertain whether a case should be taken against her.

Speaking at the University here, Roy had made highly critical remarks against Gandhi and resented institutions like universities being named after him while neglecting leaders from depressed sections of the society.

She made these remarks while delivering a lecture in honour of Kerala's 19th century Dalit liberation leader Ayyankali.

The police action sparked a row when some Dalit activists voiced their protests alleging it amounted to infringement on the freedom of expression.

Various political parties, including the state unit of the Congress, have condemned Roy's remarks alleging it amounted to insulting the national icon.

Kerala Gandhi Smaraka Nidhi has also organised a week-long discussion on 120 years of Gandhi Assessment and Evaluations from August 9 to 15, Radhakrishnan said.