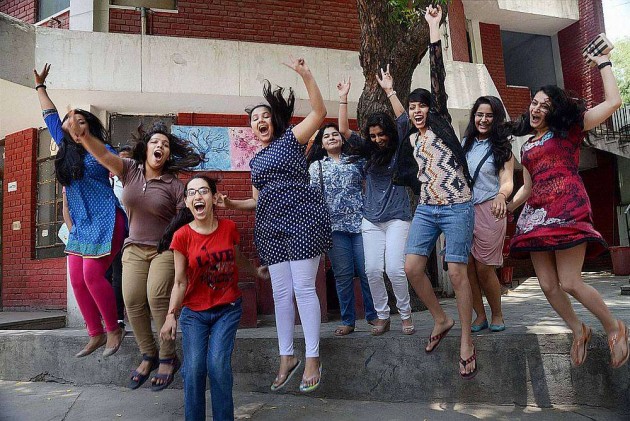 The right-wing Akhil Bharat Hindu Mahasabha today demanded that a dress code be introduced in schools and colleges and mobile phones be banned on their premises "to check increasing obscenity".

"Vulgur clothes lead to incidents of rape. To curb increasing obscenity in society, a particular dress code should be introduced in schools and colleges.

"The attire should cover the body and not be indecent. Moreover girls should be banned from wearing tight jeans and tops," Vice President of Akhil Bharat Hindu Mahasabha (ABHM) Dharmapal Siwach told reporters here.

Members of the Mahasabha under the leadership of Haryana in-charge Narendra Sharma will soon meet state Chief Minister Manohar Lal Khattar urging him to enforce their demands, he said.

"Our culture is getting affected due to live-in- relationship and hence a law prohibiting live-in-relationships should be enacted," Siwach said.

Siwach said the "society's mentality is not mature enough to give unrestricted freedom to the youths".

The Mahasabha has also demanded that covering of face by girls while driving two-wheelers should be banned.

"To secure our culture, guardians will have to consider the recommendations made by the Mahasabha," the ABMH vice-president said.

Siwach demanded that wearing "dupatta" should be made mandatory for girls going to schools and colleges.

He also demanded a ban on carrying of mobiles during school and college hours, saying they allow access to websites that promote obscenity.

He claimed that their campaign has received support from several Khap Panchayats or caste councils.