No Good Or Bad Terrorists, They Are Only Terrorists: V.K. Singh 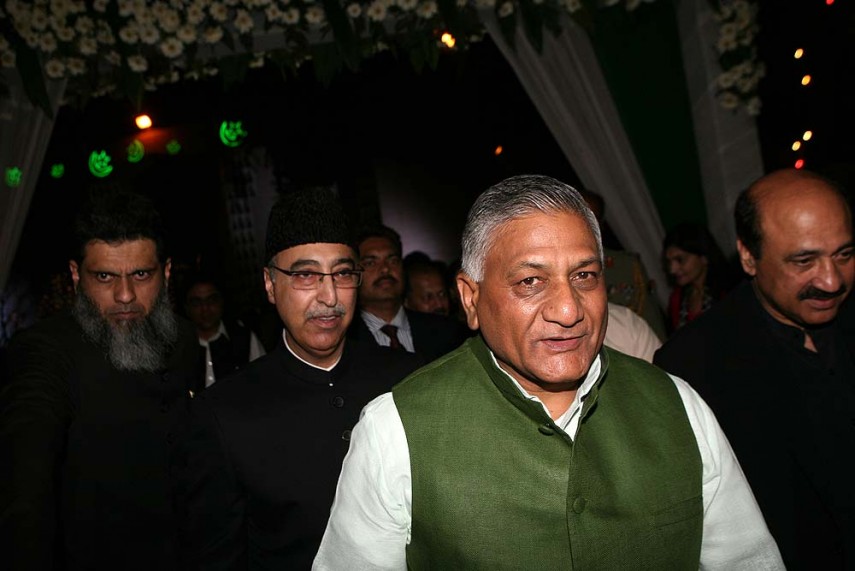 There are "no good or bad terrorists" but just terrorists, Union minister V K Singh has said, while warning that well-qualified people globally are falling for radicalisation which is a matter for worry.

"So far as India's stand is concerned, we have been very clear. There are no good or bad terrorists but only terrorists. And that is why we say, terrorists have no caste, religion or colour," he said.

"They just have one philosophy, to cause damage, create panic, how to get publicity for themselves and attain what their ideology says," Singh said, in a veiled reference to Hizbul Mujahideen militant Burhan Wani who was killed by security forces in an encounter in Jammu and Kashmir in July last year.

"Israel has learnt from its experiences of terror attacks to come up with a robust response system.

"We in India too have had our experience, including the infamous Mumbai attack (26/11), and it is said that it serves as a lot of 'inspiration' for various terror groups to replicate it anywhere else around the world. So, we need to be vigilant," he said.

"And, we can draw lessons from response mechanism of countries not just in the Middle East but also other ones, which have had such situations and dealt with it," he said.

Flagging the issue of radicalisation, Singh said, "Well-to-do and well-qualified people were also falling into the ideological trap of terror groups like the Islamic State."

"These ideologies have crept not just into the Middle East but also into many countries all over the world. Therefore, we need a great deal of efforts to deradicalise people to stop them from getting to terrorists or aiding them," he said.

The Minister of State for External Affairs said India has proposed a counter-terrorism framework in the UN, which "some counties have supported, and a few others have differed on".

"We hope that we can reach a common understanding so that we can combat this threat which affects all of us," he said.

He also underscored the challenges posed by terror networks which operate without the slightest compunction, irrespective of the countries they are based in.

"We also need a robust and multi-layered intelligence system and extreme vigilance on part of our response systems to ideally nip in the bud any plans of attack, or tackle any attack promptly," Singh said.

"We need to devise our own response, otherwise we will be just moving from one incident to another," he added.