No Evidence of UK Involvement in Op Bluestar: Cameron 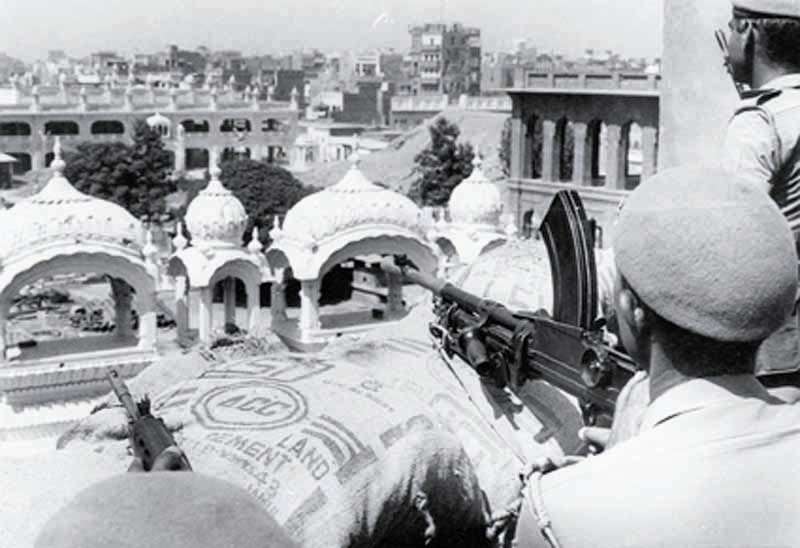 Print
A
A
A
increase text size
Outlook February 05, 2014 13:10 IST No Evidence of UK Involvement in Op Bluestar: Cameron

British Prime Minister David Cameron has asserted that there was "absolutely no" involvement of the Margaret Thatcher Government in the 1984 Operation Bluestar by the Indian army to flush out militants from the Golden Temple.

"There is absolutely no evidence of UK Government involvement in the operation itself. This conclusion has been made after a thorough search of some 200 files and over 23,000 documents," he told the UK Sikh community in a video message after an inquiry report was submitted to the House of Commons.

Cameron had ordered the inquiry after newly declassified secret documents revealed that an officer of the elite Special Air Service visited India to offer advice for the move against militants in the holiest Sikh shrine.

"Around four months before the events, at the request of the Indian Government, a single UK military officer provided some advice. But critically, this advice was not followed, and it was a one-off," Cameron said last night.

He said, "30 years ago, a great tragedy unfolded at the Sri Harmandir Sahib in Amritsar. Many lives were lost and the scars in the Sikh community still run deep.

"So when documents came to light a few weeks ago raising the possibility that the then-UK Government was involved in the Indian Army's operation. I immediately set up an inquiry to find those answers. I tasked the Cabinet Secretary with getting to the truth."

He said, "I want the dialogue between this Government and the Sikh community to continue."

"British Sikhs have made and continue to make a vital contribution to our national life from serving in two world wars to running businesses and playing a massive part in our communities today. I never forget this. I am grateful for it," he said.

He hoped that the probe will provide some reassurance to the Sikh community in Britain and elsewhere.