No Compromise on National Security Matters: Sonia on Kashmir Issue 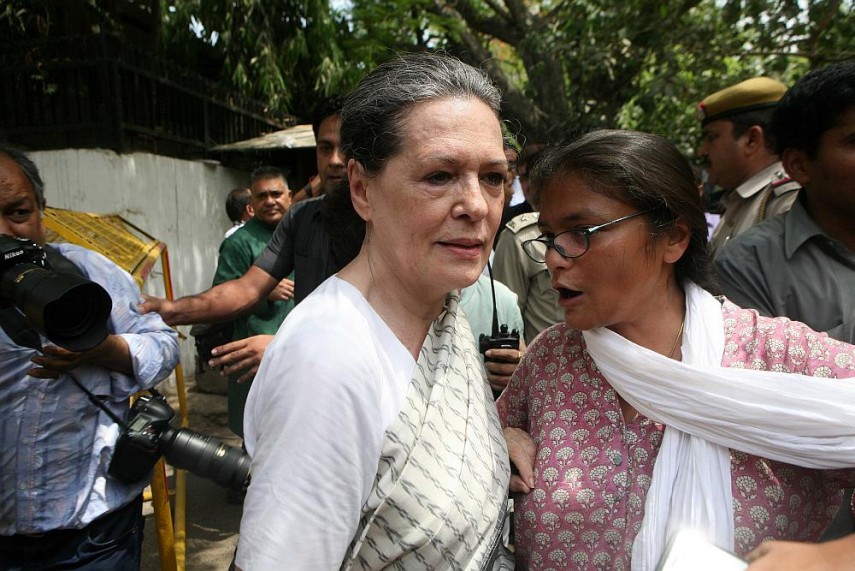 Print
A
A
A
increase text size
Outlook July 11, 2016 14:02 IST No Compromise on National Security Matters: Sonia on Kashmir Issue

With Kashmir on the boil over the killing of Hizbul commander Burhan Wani, Congress President Sonia Gandhi today said there can be no compromise on matters relating to national security even as she voiced anguish over the loss of lives in the clashes.

She also noted that the political process has made many gains in Jammu and Kashmir particularly over the last two decades and "these must not get lost."

In a statement, she maintained that there can be "no compromise" on matters relating to national security and that terrorism must be dealt with firmly.

"Even so, the death of so many of our citizens and attack on security forces is very painful", she said.

In an appeal to people of the Valley, she asked them to allow political parties find "durable and enduring ways of fulfilling their aspirations meaningfully in a peaceful and democratic manner."

Clashes between protesters and security forces in Kashmir following the killing of Wani in an encounter on Friday has left 23 people dead.

Leader of Opposition in Rajya Sabha Ghulam Nabi Azad also voiced concern over the deteriorating law and order situation in the Valley where, he said, "irreparable collateral damage" has taken place.

A former J and K Chief Minister, Azad said the need of the hour is to ensure that law and order is restored at the earliest without any further loss of lives.

The Congress General Secretary expressed grief over the loss of lives in the violence in various parts of Kashmir Valley.

Azad also wished speedy recovery for more than 200 civilians and security personnel injured in the violence.