No Comparison Between Modi and Indira: Congress President Sonia Gandhi 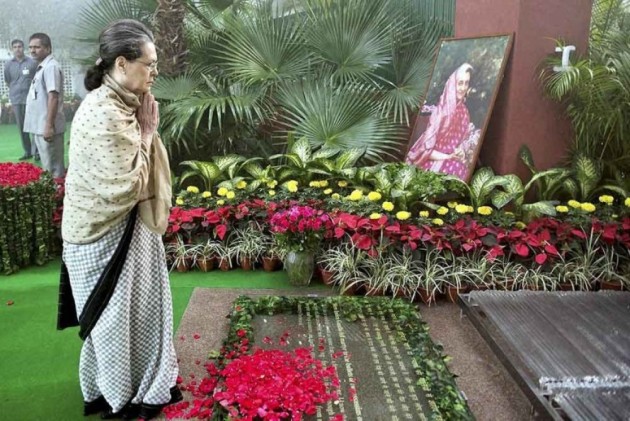 Print
A
A
A
increase text size
Outlook November 21, 2016 21:52 IST No Comparison Between Modi and Indira: Congress President Sonia Gandhi

Congress President Sonia Gandhi on Monday said there was no comparison between Prime Minister Narendra Modi and late Indira Gandhi and rejected suggestions that the party did not have leaders to take him on.

She also made it clear that she was not "troubled" by comparisons between Modi and Gandhi and that her party was taking on the Modi government.

"Every era in politics or history has its own problems, its own leaders and its own opposition. I think the Congress party is taking on the present dispensation," Sonia Gandhi told India Today TV.

She was replying to a question whether her party needed to be competitive unlike the 60s and 70s when it was dominant and that it did not have a leader to take on Modi.

Asked whether she was troubled by the fact that Modi was being compared with the late Prime Minister as a strong personality, Gandhi said, "It does not trouble me because I do not believe in it. I have my own clear views about it. There is no comparison. Absolutely not."

To another question that her party did not have a tough and competitive leader like Modi, she said, "I do not agree with that."

She recalled that Indira Gandhi was ridiculed, insulted and made fun of from within even more than outside when she entered politics, became a Congress president and later Prime Minister.

There was nothing that she did was right. She was able to "overcome" that, Gandhi said.

The photo exhibition, Sonia said, was consciously housed in Swaraj Bhavan which was the place of Indira Gandhi's birth and where she met the leading lights of the freedom movement.

The event is part of Congress' commemoration of Indira Gandhi's birth centenary that started November 19.

"It was here at Swaraj Bhavan that Indiraji took her first lessons in politics. Her mortal remains after her martyrdom were also brought here. That's why this exhibition has been opened here. From here it will be taken to other places," said Sonia who, along with her children, dressed in pure whites, interacted with Congress leaders and workers asking them to prepare hard for the upcoming assembly polls.

Sonia and Priyanka stayed overnight at Swaraj Bhavan, which was recently refurbished.

Congress leaders were keen to get themselves clicked with the Gandhis, who also inquired about them and the preparations ahead.

Rahul also shared his thoughts on demonetisation with Congress leaders present there.

Sonia, 69, who briefly stopped her speech for the 'azaan', also remembered the emotional bond she shared with Indira saying, "Indiraji was not just my mother-in-law. She was like my mother. For 16 years we shared a house and also shared joys, sorrows and emotions."

The Gandhis refrained from making any comments on when Priyanka will formally launch her UP election campaign.