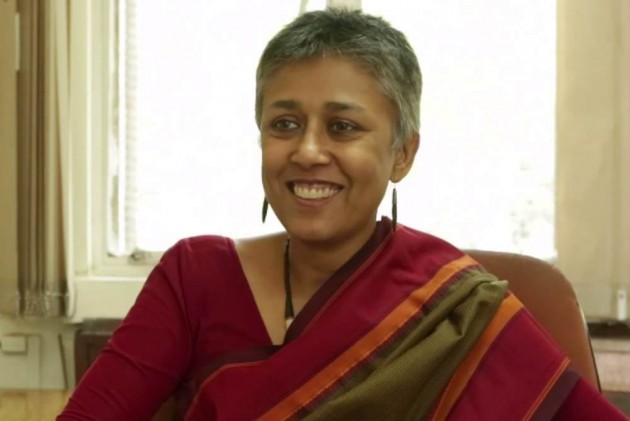 The Chhattisgarh government today assured the Supreme Court that no coercive action will be taken against Delhi University professor-social activist Nandini Sundar and others till November 15.

On November 7, Delhi University Professor Sundar, JNU professor Archana Prasad and others were booked on charges of murder of a tribal villager in the insurgency-hit Sukma district of Chhattisgarh.

"We are trying to help you (Centre and Chhattisgarh), but you are not taking it seriously. You have to find a peaceful solution to the problem. We are not blaming you or them or anybody. You have to take a pragmatic view of life," the bench said.

Additional Solicitor General Tushar Mehta said there were "authentic and contemporaneous" records which could be placed before the court against all the accused including Sundar.

Mehta's submission came after the bench said it will stay the FIR till the next date of hearing.

He urged the apex court not to form any opinion unless the record was produced before the court in a sealed cover, saying it was a "state of panic" for the country.

Senior advocate Ashok Desai, appearing for Sundar and others, informed the court that after the last hearing, an FIR was lodged against the two professors and the activists.

"This is the most astonishing thing which has ever happened, as the activists who went to the state in May were booked for the murder in November," Desai said.

Countering him, Mehta said there was "more than what meets the eye" and they will file the records in a sealed cover before the court on November 15, the next date.

Solicitor General Ranjit Kumar, appearing for CBI, said political activist Manish Kunjam who was directed by the court to be provided with security has no threat perception and two Personal Security Officers have been provided by the state.

He said the Centre was not in a position to provide him security and if the court wanted, the state could upgrade it.

ASG said that in the last hearing of the case, the state government had suggested providing them with security but they refused the offer saying "they don't want to be under the eyes of police".

Police has claimed that alleged armed Naxals had killed the villager, Shamnath Baghel, with sharp weapons on late night of November 4 at his residence in Nama village under Kumakoleng gram panchayat in Tongpal area, around 450 kms from Raipur.

Baghel and some of his associates were spearheading protests against Naxal activities in their village since April this year.

An FIR was lodged against Sundar, Archana Prasad (JNU Professor), Vineet Tiwari (from Delhi's Joshi Adhikar Sansthan), Sanjay Parate (Chhattisgarh CPI-M State Secretary) and others for the murder of Baghel based on the complaint of his wife, the state police had said.