No Bail for Asaram, Court Rejects Petition for Third Time 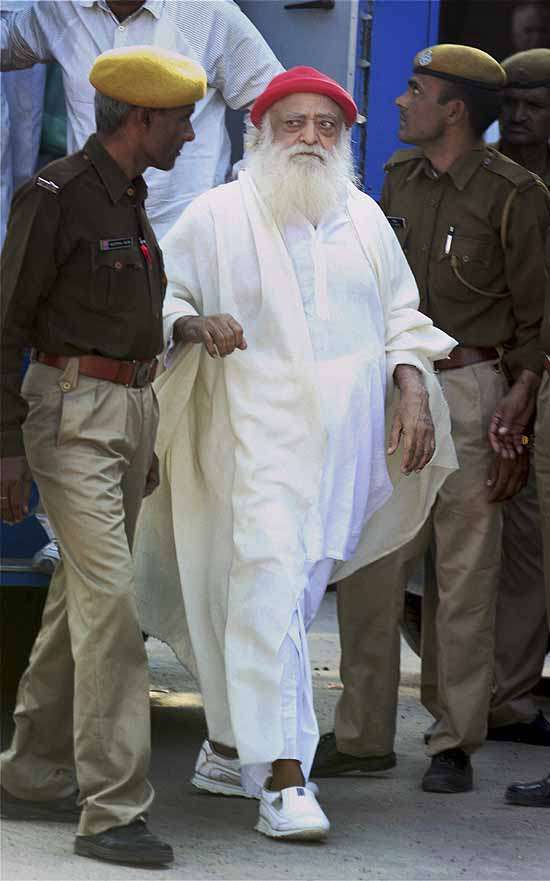 Print
A
A
A
increase text size
Outlook November 19, 2013 20:05 IST No Bail for Asaram, Court Rejects Petition for Third Time

Self-styled godman Asaram Bapu's bail plea was today again rejected by a court here in the case of alleged sexual assault of a minor girl.

The District and Sessions Court while denying relief to 72-year-old Asaram, who is in jail since September, took into account the "serious" allegations against him and the order of the high court for holding day-to-day proceedings in the case.

"Besides this, the court also observed that that was no change in circumstances since the previous applications of bail were rejected in the lower court and then in the high court," counsel for the victim girl Manish Vyas told reporters here.

This was Asaram's third bail plea and the first after filing of charge-sheet.

Asaram's lawyers had, instead of moving bail application in Supreme Court, decided to wait till filing of the chargesheet since the main argument of the prosecution while objecting to grant of bail earlier was that the investigation was pending and police had not filed the charge-sheet.

"We objected to the the bail stating that he may affect the investigation by influencing witnesses," said prosecution counsel Pradhyumn Singh.

The court will tomorrow pronounce its order on hearing of the case through video conferencing from jail. It had completed the hearing on the application and kept the decision reserved for Wednesday.

Meanwhile, arguments on taking cognizance of the charge-sheet by the court were continuing. Counsel for Asaram's aides Shilpi and Shiva completed their submissions today.

Also, the hearing on a fresh application by Asaram seeking treatment for his disease 'trinadi shool' will continue tomorrow.

He had earlier moved an application seeking that his private doctor be made available in the cell everyday for two hours but the same was withdrawn by his counsel.

A fresh application has been moved by him again in the court with a plea of making the treatment available in the cell.

While hearing the bail application of other accused, the high court had directed the lower court to carry out the hearing of the case on day-to-day basis.

Since November 16, the lower court has been conducting day-today hearing.