No Atmosphere Of Fear Or Insecurity Among Minorities, Says Mukhtar Abbas Naqvi 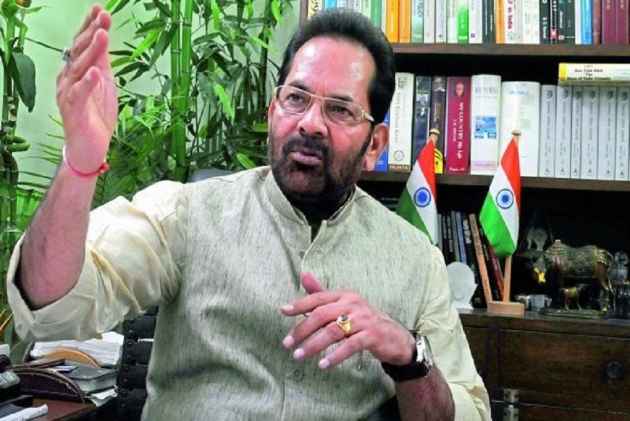 Print
A
A
A
increase text size
Outlook June 29, 2017 17:09 IST No Atmosphere Of Fear Or Insecurity Among Minorities, Says Mukhtar Abbas Naqvi

As the nation witnessed a streak of violent incidents targeting minorities, Union minister Mukhtar Abbas Naqvi, in a bid to quell frayed tempers, today asserted there was no atmosphere of fear or insecurity prevailing among the community.

Suspecting the role of some "hostile forces" behind such incidents, the Minister of State for Minority Affairs said such "tactics" will not be allowed to succeed.

He, however, stressed that the incidents cannot be justified and pitched for tough action against the perpetrators.

Naqvi reiterated the Modi government's commitment for inclusive growth and creating an atmosphere of trust among the communities.

He said safety of every section of the society was "equally important" for the Centre.

"I do not think there is fear or insecurity among minorities. But whatever incidents are taking place, be it small or big, be it a criminal conspiracy, in no way it is justified. Action should be taken as per law against them," Naqvi said after attending the 76th meeting of Central Waqf Council here.

On asked which forces were behind such incidents, Naqvi did not name any.

He, however, added that be it political organisations or individuals, the state governments (given law and order is a state subject) concerned were taking "immediate and effective" action against the people involved.

"The governments of Rajasthan, Haryana and Jharkhand have without wasting any time taken action against such people. I myself had spoken to the chief ministers and officials of these states," he said.

Speaking during the meeting, the Union minister said his ministry had been working towards socio-economic-educational empowerment of all the notified minorities -- Muslim, Christian, Buddhist, Sikh, Parsi and Jain -- effectively as a "mission and commitment".

The minister said the measures the Centre had taken during the last three years of its rule were a reflection of its "empowerment without appeasement" policy, which he added, has created an "atmosphere of development and trust".

Naqvi said his ministry had been successful in enabling the poor, backward and weaker sections of the minorities to get their share of mainstream development through "3Es: education, employment and empowerment."

He also listed a range of schemes the government had been implementing for the welfare of the minorities.

Earlier this month, 17-year-old Junaid Khan was stabbed to death onboard a train between Delhi and Mathura. The group of attackers had allegedly hurled communal slurs and attacked the victim after an altercation over seats.

A few days ago, over a 100-strong mob attacked a Muslim man on the suspicion of slaughtering a cow after finding the carcass of a bovine near his house in Giridih district of Jharkhand.

In April, 55-year-old Pehlu Khan was killed allegedly by cow vigilantes in Rajasthan's Alwar while he was transporting cows for his small dairy farm.