No Assurance From Centre on Farm Loan Waiver for TN Farmers 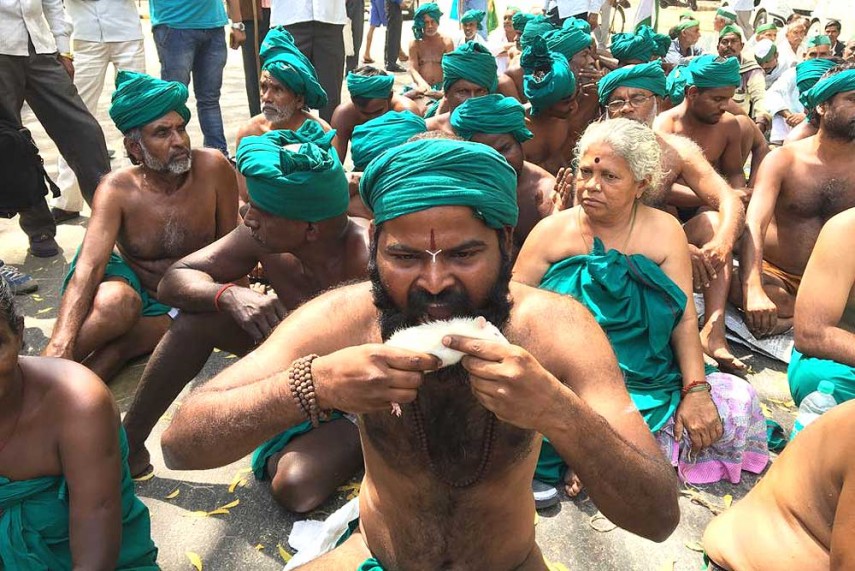 Print
A
A
A
increase text size
Outlook March 29, 2017 13:05 IST No Assurance From Centre on Farm Loan Waiver for TN Farmers

The Centre today did not give any assurance on waiving of loans of farmers in drought-hit Tamil Nadu but said the coverage of crop insurance was being increased.

Responding to the demands of crop loan waiver raised by opposition parties including the Left and the Congress, Commerce and Industry Minister Nirmala Sitharaman told the Rajya Sabha "the government is absolutely sensitive and seized of the matter."

She said Finance Minister Arun Jaitley, Agriculture Minister Radhamohan Singh and Water Resources Minister Uma Bharti had met delegations from Tamil Nadu on the distress faced by the farmers in the state.

"Crop sown not getting insurance is being taken up," she said, adding crop insurance coverage is being increased.

Tamil Nadu, she said, has been released Rs 1,000 crore for disaster management and the government was trying to see that the state "is getting the due recognition."

She however refused to say anything on the demand for waiving of crop loan even though members pressed her to respond to the demand.

Earlier, Trichy Siva (DMK) raised the issue in the Zero Hour after his notice under rule 267 seeking suspension of listed business to discuss the issue was converted into a notice.

Stating that 200 persons have committed suicide in the drought-hit state, he said the woes and miseries of farmers were increasing.

He demanded waiver on crop loans, release of Rs 40,000 crore from National Disaster Relief Fund, constitution of Cauvery Management Board for water management and dispersing of about Rs 8,880 crore sought in insurance claims. (More) D Raja (CPI) said agriculture in the country was in "deep

crisis" and the farmers were passing through unprecedented distress.

When the government was waiving loans of other sectors, why can't it do the same for farmers, he asked.

"You can waive NPAs of rich corporates, but you can't waive loan of farmers which is only a fraction of loans waived of for corporates," he said.

Raja also raised the issue of Tamil Nadu farmers agitating against contract being award for oil and gas exploration in Neduvasal village saying as they fear ground water will be depleted because of such drilling.

Sitharaman termed the signing of exploration contract with a private company as "mere MoU signing" and state government has to take certain steps before the project actually starts.

She said hydrocarbon exploration will be taken up only after addressing the concerns of local people.

Continue FREE with Ads Pay Rs. 1 to Read Without Ads
READ MORE IN:
National
Next Story : No Assurance From Centre on Farm Loan Waiver for TN Farmers
Download the Outlook ​Magazines App. Six magazines, wherever you go! Play Store and App Store