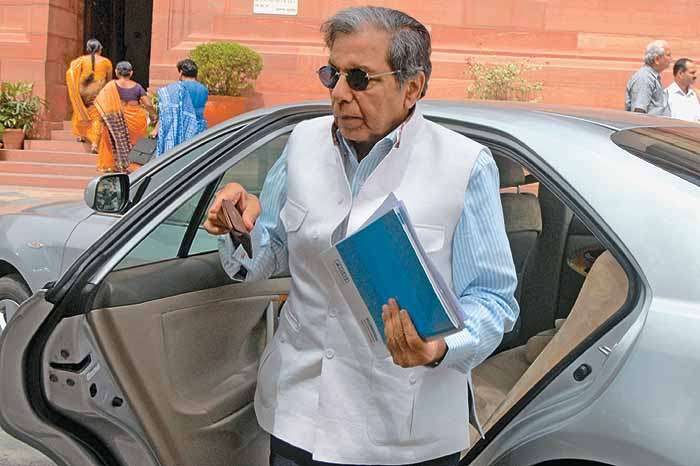 N K Singh, a JD(U) MP who has fallen out with Bihar Chief Minister Nitish Kumar, today quit the party and gave clear clear indications that he may join BJP.

Months after being denied renomination to the Rajya Sabha and instead asked to fight Lok Sabha elections from Banka, the 73-year-old former bureaucrat wrote a letter to Kumar conveying his decision to sever ties with the party.

"I have sent my resignation from the primary membership of JD(U) in a letter to Chief Minister Nitish Kumar along with reasons for my severing ties with the party," Singh told PTI.

Asked whether he would join the BJP, he said, "Certainly, I will be less than honest in not saying that. I am in touch with senior leadership of BJP and held discussions with them. I would come to a conclusion pretty soon."

Singh recalled his old ties with the BJP, when during the NDA regime he served as secretary to the then Prime Minister Atal Behari Vajpayee and then as member of the Planning Commission. He said he was in touch with senior BJP leaders.

In his letter to Kumar, he expressed disappointment over the current situation in Bihar, saying ever since JD(U) broke ties with BJP last year the issue of development has taken a back seat.

He said he had told the Chief Minister that his government was now more focused on political survival rather than development of the state.

Singh said he had joined the JD(U) at a time when the government was involved in spectacular work on the matrix of development in Bihar.

Singh on Tuesday had lodged a strong note of dissent against party leader Nitish Kumar by saying that it was the NDA as a whole and not the Bihar CM alone who could be given credit for the recent recovery of the state.

He gave indications of his rift with Kumar when he delivered his farewell address in the Rajya Sabha last month, when he said the credit for far-reaching economic and social changes in Bihar cannot be given to one person or party.

"It is the outcome of the joint efforts of the NDA to which party (BJP) was an alliance partner till June last year. And the collective political leadership of both the parties played a crucial role in bringing about these far reaching changes," he had said.