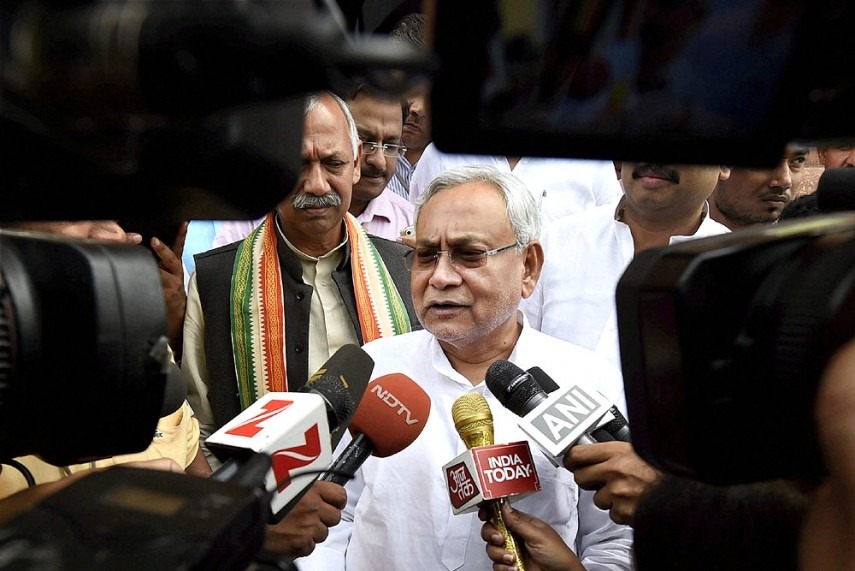 The political move that makes the ruling party in Bihar officially an ally of the NDA at the Centre comes weeks after Nitish broke ties with the Grand Alliance parties - Congress and the Rashtriya Janata Dal - in the state and re-formed the government in alliance with the Bharatiya Janata Party (BJP).

Earlier in the day, JD(U) leader K.C. Tyagi said that senior leader Sharad Yadav has every right to put forward his points of disagreement with the alliance, but he shouldn't attend Rashtriya Janata Dal (RJD) chief Lalu Prasad Yadav's programme as it will break their trust.

"Sharad Yadav is invited for the JD(U) national executive meet and he can sort out differences, but he shouldn't attend Lalu Yadav's programme. We will lose our faith in him, if he does so. He is one of the founders of the party, therefore, he can put forward his views in the meeting," Tyagi told the media here.

He added that although Sharad Yadav does not agree with party's decisions, there is no rift in the party.

Meanwhile, ahead of the national executive committee meeting of the JD(U), the two factions of the party - one led by Nitish Kumar and the other by former party president Sharad Yadav - put up striking publicity material in Patna, leading up to a poster war in the city.

Incidentally, both factions claim to be the "real JD(U)".

The poster put up by Sharad Yadav's faction showcased him with "Jan Adalat ka Faisla - Mahagathbandhan jari hai (decision of the people's court - the grand alliance continues)" written on it.

Sharad Yadav was sacked as JD(U)'s Rajya Sabha leader when he made his chagrin against Nitish Kumar snapping ties with the Lalu Yadav-led RJD and forging an alliance with the BJP, to form the next government in Bihar, quite evident.

Yadav also asserted that Nitish's flip-flop, as far as his views on the BJP were concerned, was an insult to the 2015 mandate of the people given to the "Mahagathbandhan" and that he was still a part of the grand alliance in the state.

In the aftermath, the Nitish-led JD(U) even suspended 21 party leaders for participating in Yadav's recent three-day Jan Samwad Yatra, wherein he interacted with the people of the state, indicative of a widening rift in the party.

Lalu Yadav had also come out in support of Sharad Yadav, leading up to the Nitish faction, reportedly, warning the latter that if he attended the August 27 "Desh Bachao, BJP Bhagao" rally of the former, he would be sacked from the party.

Meanwhile, today, Sharad Yadav will hold a parallel convention in the state under the title 'Jan Adalat'. (ANI)