The Centre will invest Rs 15,000 crores to develop 1,253 kilometres of roads in Assam into National Highways over the next few years. 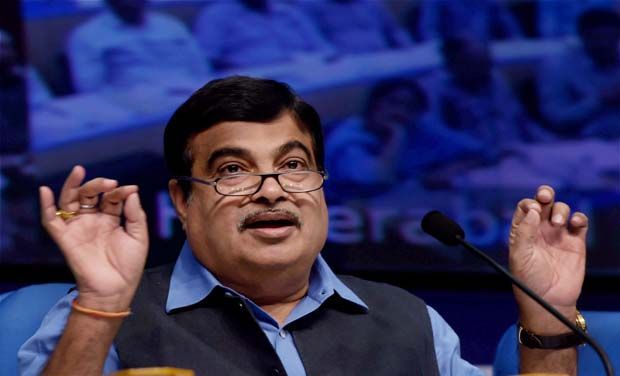 The Centre will invest Rs 15,000 crores to develop 1,253 kilometres of roads in Assam into National Highways over the next few years, Union Minister Nitin Jairam Gadkari said on Sunday.

"When Assam Chief Minister Sarbananda Sonwoal met me, he demanded to declare 1,253 kilometres of state roads as National Highways. Today I am declaring that those will be developed as NHs," he said here.

Inaugurating the second road bridge over Brahmaputra here, the Union Road Transport and Highways Minister said the Centre has already sanctioned an investment of Rs 15,000 crores for developing the existing roads as NHs.

"I have ordered to prepare the DPR (Detailed Project Report) and it will be over soon. I hope the CM will initiate land acquisition process soon. As soon as the state government gives us the land and forest clearances, we will start the work immediately," he said.

Gadkari said the National Highways and Infrastructure Development Corporation Ltd (NHIDCL) will spend Rs 8,000 crores over the next two years for developing 143 kilometres of road, including a few bridges over Brahmaputra.

"The work on preparing the DPR for the bridge connecting Sonowal's constituency Majuli has already started. I have asked the officials to make a light weight and cost-effective bridge there," he said.

The Union Minister said the government was mulling construction of an axis control highway along the Brahmaputra for free flow of traffic and flood mitigation by dredging the river.

He informed that Rs 1,00,000 crore worth of works for developing road infrastructure in Assam will be carried out by the end of the five-year tenure of the Central government.

"Out of that amount, works amounting to Rs 65,000 crores have already been sanctioned. Taking into account all the sanctioned projects, Assam will have a total of 6,790 kilometres of highways," Gadkari said.

The Road Transport and Highways Ministry had set a target of constructing 40 kilometres of road every day by the end of this fiscal, but the ministry will miss the target.

"We had achieved 18 kilometres a day in December and we are hopeful of reaching 30 kilometres every day by March. We will now reach the target of constructing 40 kilometres of road every day in next financial year," Gadkari said.

The new Brahmaputra bridge at Saraighat in the state capital here is constructed next to the existing double-decker rail-cum-road bridge to ease out massive traffic congestion.

The new 1.49-kilometre bridge is constructed by National Highways Authority of India at an investment of Rs 475 crores.

This much delayed bridge was scheduled to be inaugurated on January 1 this year by Gadkari, but the Assam government, in an unexpected 'superstitious' move, had postponed it to avoid the "inauspicious" month of Puh.

The month of Magh, which started from January 15, is not considered "inauspicious" like Puh, Assam PWD Minister Parimal Suklabaidya had said.