Nine Persons, Including 8 of a Family, Killed in Accident in Uttar Pradesh 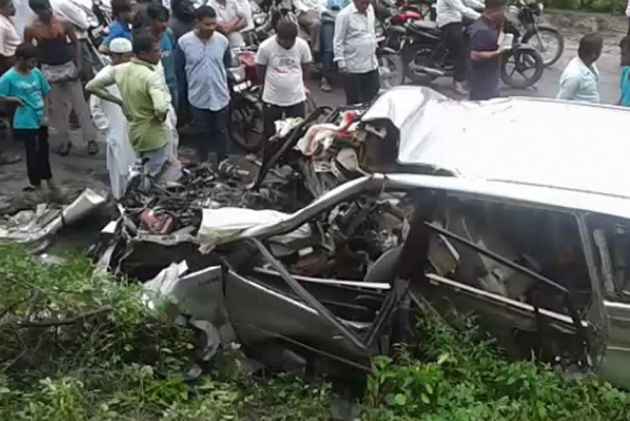 Print
A
A
A
increase text size
Outlook July 06, 2017 19:18 IST Nine Persons, Including 8 of a Family, Killed in Accident in Uttar Pradesh

Nine persons, including eight of a family, were killed and four others injured when their vehicle collided with a bus in Bijnore district this morning, the police said.

A family from Lakhimpur Kheri was on its way to Bijnore when their SUV collided with a state roadways bus near Suhagpur village on the Sherkot road here, killing nine persons on the spot, they said.

Four others - a woman and her three children - were injured and admitted to a hospital, the police said.

The driver of the bus fled the scene after the accident, they added.