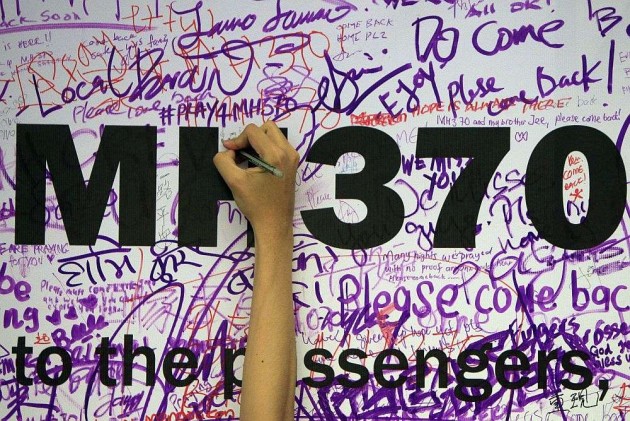 Investigators probing the disappearance of Flight MH370 have discovered possible new evidence of tampering with the plane's cockpit equipment which experts believe could be part of an attempt by hijackers to avoid radar detection.

A report released by Australian air crash investigators shows that the missing Boeing 777 suffered a mysterious power outage during the early stages of its flight, The Telegraph reported.

The plane's satellite data unit made an unexpected "log-on" request to a satellite less than 90 minutes into its flight from Kuala Lumpur to Beijing, according to the report.

The report says the log-on request - known as a "handshake" - appears likely to have been caused by an interruption of electrical power on board the plane, which experts believe could be part of an attempt to avoid radar detection.

"A log-on request in the middle of a flight is not common," the report by the Australian Transport Safety Bureau said.

"An analysis was performed which determined that the characteristics and timing of the logon requests were best matched as resulting from power interruption," the report was quoted by the British daily as saying.

The Beijing-bound Flight MH370 - carrying 239 people, including five Indians, mysteriously vanished on March 8 en route to Beijing from Kuala Lumpur. The disappearance of the plane is one of the greatest mysteries in aviation history.

David Gleave, an aviation safety expert from Loughborough University, said the interruption to the power supply appeared to be the result of someone in the cockpit attempting to minimise the use of the aircraft's systems.

The action, he said, was consistent with an attempt to turn the plane's communications and other systems off in an attempt to avoid radar detection.

Asked whether the power interruption could have been caused by a mechanical fault, Gleave said: "There are credible mechanical failures that could cause it. But you would not then fly along for hundreds of miles and disappear in the Indian Ocean."

The interruption of electrical power on board the plane could have been the result of a hijacking attempt, said aviation expert Peter Marosszeky from the University of New South Wales.

"If there was a crew wanting to do something that was rather sinister or there were hijackers on board, they would remove power by opening up the bus-tie breakers and opening up the battery control switch. That way the aircraft virtually loses all power to just about all systems except the engines," he said.

Inmarsat, the company that officially analysed flight data from MH370, has confirmed the assessment of power outage but says it does not know why the jet experienced a power failure.