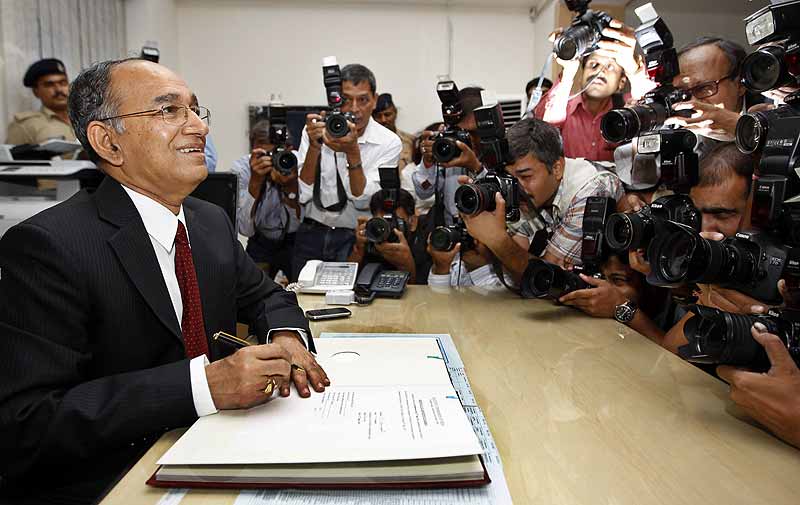 In his long career as a bureaucrat, he ushered in vital reforms in critical sectors like power and petrochemicals and now hopes to take forward the legacy of electoral reforms he inherited from his predecessor S.Y. Quaraishi.

A 1973 batch IAS officer from Andhra Pradesh cadre, Sampath will preside over the all important Lok Sabha elections in 2014 as he is expected to remain at the helm of affairs in the Election Commission till 2015 when he would turn 65.

Under the Constitution, an EC or the CEC can remain in the saddle either for a six-year term or till 65 years, whichever is earlier. Sampath, born on January 16, 1950, will remain CEC until January 2015.

A low profile and unassuming officer, Sampath, who is the 18th Chief Election Commissioner, has a long association with administrative reforms in the sectors he served first in Andhra Pradesh as a budding bureaucrat and later at the Centre.

Though his last assignment was as Power Secretary at the Centre, Sampath began his service from Andhra Pradesh serving first as District Collector from 1975 to 1986 and later as head of important financial institutions.

The CEC himself said his stint as the DC gave him a strong grounding in public administration and policy implementation at the grassroots level.

It was during his mid career stint that Sampath ushered reforms in critical sectors while still serving the state.

As Principal Secretary in Energy Department, he played a crucial role in ushering in the power sector reforms in Andhra Pradesh, a move which opened up the area for private sector and demonstrated how effective governance and reforms could help the growth, reduce AT&C losses and improve efficiencies. He then served as Principal Secretary Finance before moving to the Centre.

Just before that, he had held crucial postings in Andhra Pradesh between 1990 and 2004, including as Secretary, Agriculture Department and MD, Godavari Fertilizers & Chemicals Limited.

At the Centre, Sampath contributed to the ministries he served beginning from the Ministry of Rural Development. In 2005, he took over as Director General of National Institute of Rural Development and soon went on to become Secretary, Chemicals and Petrochemicals, where he was pivotal in conceptualizing and implementing the PCPIR policy to help the growth of the Petrochemical sector in India by facilitating massive investments in the identified regions.

Later, he served as Secretary, Power Ministry, where he was instrumental in implementing several forward-thinking policies to aid the sector. Among them was Restructured- Accelerated Power Development and Reforms Programme (R-APDRP), a mega-package for the renovation and modernization of Indian power utilities to help them improve their performance.

But it was his role in the Election Commission which was to be the most watched due to the sheer nature of electoral polity of India. Sampath joined as Election Commissioner on April 21, 2009 after N.Gopalaswami demitted office during the course of general elections 2009.

Today, he moved further up the ladder to become CEC, a role that would test his ultimate bureaucratic mettle especially when India goes to Lok Sabha polls in 2014.