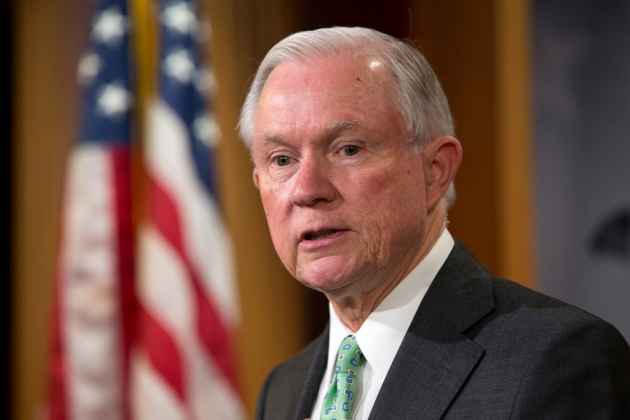 Attorney General Jeff Sessions has vehemently denied any personal involvement in Russia's interference in the 2016 US presidential campaign, calling accusations that he discussed such an effort with Russian officials an "appalling and detestable lie".

Sessions appeared before the Senate intelligence committee as part of its investigation into possible ties between Trump campaign officials and Russia.

He angered Democrats on the panel by refusing to answer questions about conversations with President Donald Trump.

"Let me state this clearly, colleagues. I have never met with or had any conversation with any Russians or any foreign officials concerning any type of interference with any campaign or election in the United States," Sessions told members of the Senate Select Committee on Intelligence during a hearing on Russia.

"Further, I have no knowledge of any such conversations by anyone connected to the Trump campaign," he said.

"I was your colleague in this body for 20 years, at least some of you, and the suggestion that I participated in any collusion -- that I was aware of any collusion with the Russian government to hurt this country, which I have served with honour for 35 years, or to undermine the integrity of our democratic process, is an appalling and detestable lie," Sessions said.

Sessions' testimony came days after fired FBI Director James Comey testified that he believed he was fired as part of an effort to influence the agencies investigation into Russian meddling.

"I encourage every effort to get to the bottom of any such allegations," he said.

He told members the committee that the deputy attorney general has appointed a special counsel to investigate the matters related to the Russian interference in the 2016 election.

American intelligence agencies believe that Russian hackers were directed by the Kremlin to try to sway the presidential election in Trump's favour.

"I did not have any private meetings, nor do I recall any conversations with any Russian officials at the Mayflower Hotel. I did not attend any meetings at that event separate," Sessions said.

"Prior to the speech I attended by the president, I attended a reception with my staff that included at least two dozen people and President Trump. Though I do recall several conversations that I had during that free speech reception, I do not have any recollection of meeting or talking to the Russian ambassador or any other Russian officials.

"If any brief interaction occurred in passing with the Russian ambassador during that reception, I do not remember it," he said.

Senator Mark Warner, Ranking Member of the Senate Select Committee on Intelligence said questions have been raised about some of his own interactions with Russian officials during the campaign.

Sessions, despite repeatedly being pushed by the Democratic Senators refused to give details of his communications with the President.

"I am following the historic policies of the Department of Justice. You don't walk into any hearing or committee meeting and reveal confidential communications with the president of the United States who's entitled to receive confidential communications in your best judgement about a host of issues and after -- be accused of stonewalling for not answering them. So I would push back on that," Sessions said.