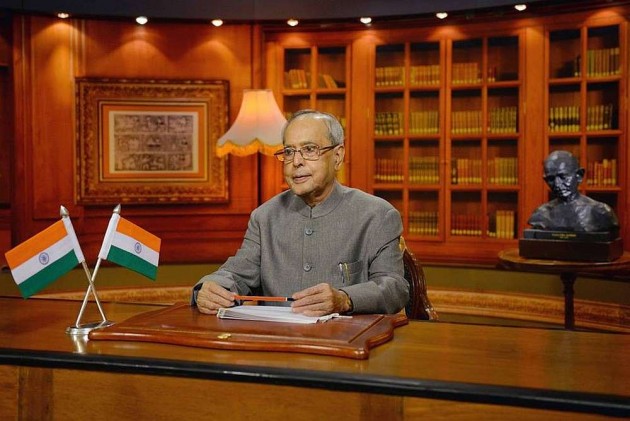 The goals enshrined by first Prime Minister Jawaharlal Nehru in foreign policy of the country remain relevant even today and have assumed greater salience in the era of economic liberalisation, President Pranab Mukherjee said here today.

Speaking at the conference on Cooperative Development, Peace and Security in South and Central Asia at Centre for Research in Rural and Industrial Development (CRRID) here, Mukherjee said primary goal of India's external engagement has been to seek peace and stability, enabling a supportive environment for pursuing development needs of the country.

It is only congenial and conducive international environment that India can pursue its core interest of transforming the country into a modern nation and meeting challenges of development, the President said.

"Pandit Nehru, the architect of India's policies in the early decades of independent India's journey, firmly enshrined these goals in our country's quest for fulfilling its destiny as an independent nation," Mukherjee said.

The President, who has handled External Affairs Ministry as its Minister, said these objectives remain relevant even today.

"If anything, they have assumed greater salience after the economic liberalisation initiated in 1990s. In an increasingly globalised and inter connected world, foreign policy has essentially become a tool to pursue cooperative relationships for greater prosperity and well being of their citizens," he said.

The President said security objectives remain, and he does not want to undervalue them, but they remain important largely in context of the need to ensure a peaceful and stable environment for all round welfare and development at the regional and global level.

"This approach of foreign policy for economic progress and development is nowhere more relevant than in our South Asian neighbourhood and extended neighbourhood including Central Asia. Both South and Central Asia face enormous challenges with regard to development as well as security," Mukherjee said.

The challenges range from ensuring economic growth and stability to dealing with trans-national security threats such as "scourge" of drug trafficking and terrorism, the President said.

"Our approach to both the region has been to build bridges of friendship and cooperation, establish greater physical and people to people connectivity and foster closer integration for overall progress and well being," he said.

"...The Ministry continues to lay emphasis on working with think tanks and research institutions such as CRRID to strengthen its outreach and to provide independent and intellectual inputs on foreign policy formulation for the country," he said.

The President also asked the think tank community to adjust redefine its role and bear the new responsibility better.

"It is important that they keep abreast of the increasingly dynamic context of India's global engagement, and ensure that while they continue to pursue academic works, they do not lose sight of policy relevant research which helps to create a menu of policy o