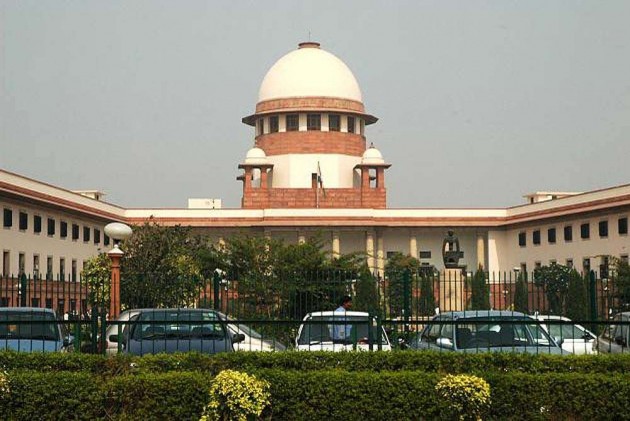 The Supreme Court today said there was a need to re-examine various laws dealing with juveniles involved in heinous crimes like murder and rape and asked the government to see whether necessary changes could be done to have a deterrent effect.

The apex court asked Attorney General Mukul Rohatgi to consult competent authorities and suggest to it whether the relevant laws can be "re-looked, re-scrutinized and re- visited" for sending a message to the society that life of the victim was equally important under the rule of law.

It said the spurt in involvement of minors in heinous crimes like rape, murder and dacoity stressed the imperative need to mull changes in the Juvenile Justice (Care and Protection of Children) Act, 2000.

"A time has come to think of an effective law to deal with the situation, we would request the learned Attorney General to bring it to the notice of the concerned authorities so that the relevant provisions under the Act can be re-looked, re-scrutinized and re-visited, at least in respect of offences which are heinous in nature," a bench of Justices Dipak Misra and P C Pant said.

The bench was hearing an appeal against the decision of Punjab and Haryana High Court awarding life sentence to a murder accused.

The accused has claimed that he was below 18 at the time of crime and cannot be tried by a regular court. The maximun punishment for a delinquent under the juvenile can be three years detention in a remand home.

The accused in the case was held guilty along with four others for allegedly killing a man for not repaying the debt.

"Whether in such a situation, can it be conceived by any stretch of imagination that the petitioner was not aware of the consequences? Or for that matter, was it a crime committed, if proven, with a mind that was not matured enough?

"Or the life of the victim is totally immaterial for five people, including a juvenile, (and that) unless somebody pays the debt, he can face his death," the bench observed.

The court told Attorney General Mukul Rohatgi that the issue was serious and required sincere deliberation by the legislature since the rate of crime and the nature of crime, in which the juveniles were getting involved, have increased.

"When we said that we thought that there should be a rethinking by the Legislature, it is apt to note here that there can be a situation where commission of an offence may be totally innocuous or emerging from a circumstance where a young boy is not aware of the consequences but in cases of rape, dacoity, murder which are heinous crimes, it is extremely difficult to conceive that the juvenile was not aware of the consequences," the bench said.

Rohatgi agreed that the crime rate by juveniles have shot up and it called for a re-look at the existing provisions in the Act. He said after consulting with competent authorities, he would file an affidavit before further hearing in May.

A parliamentary panel had on February 25 rejected government's proposal to try juveniles as adults for heinous crimes.

The Women and Child Development Ministry had proposed that juveniles between 16-18 years of age and guilty of heinous crimes or found to be repeat offenders of crimes like kidnapping, trafficking, attempt to murder or outraging the modesty of women, could be liable for a longer prison term than what has been mandated under the Act.

Last year, the government had introduced a bill that said a juvenile justice board would decide whether a person above 16 years involved in crimes such as rape was to be sent to an observation home or tried in a regular court.

But a panel headed by Health Minister JP Nadda asked for a complete review of the proposed law.

Continue FREE with Ads Pay Rs. 1 to Read Without Ads
READ MORE IN:
Society
Next Story : Annadurai Takes Over as Director of ISRO Satellite Centre
Download the Outlook ​Magazines App. Six magazines, wherever you go! Play Store and App Store