NDB's First Loan Will Be in Chinese Currency: Kamath 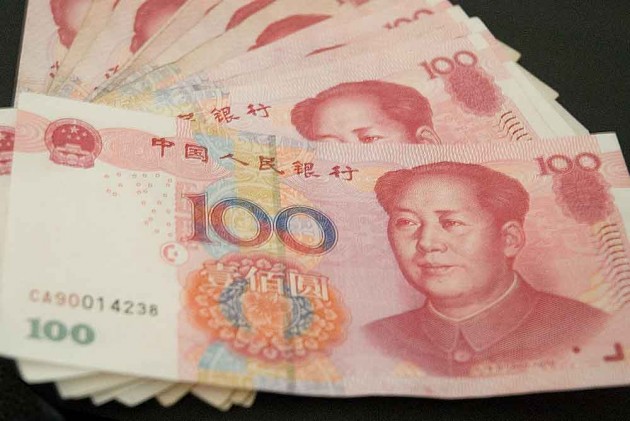 The first loan to be issued by the USD 100 billion New Development Bank (NDB) of the five-nation BRICS bloc in April next year would in Chinese currency Renminbi (RMB), its President K V Kamath has said.

The NDB will "get our first loan approved in April of 2016", and the first loan will be issued in the Chinese Renminbi, said the eminent Indian banker, who will be the NDB's president for the first five years, at a media interaction yesterday.

The NDB opened in Shanghai on July 21 to finance infrastructure projects, mainly in BRICS countries - the emerging economies of Brazil, Russia, India, China and South Africa.

For the first time after he took over as the NDB's President, Kamath had yesterday called on Chinese Premier Li Keqiang, who hailed the opening of the bank as an "important step forward" in cooperation among BRICS countries.

"This is great progress in financial cooperation among developing countries and emerging economies, as well as a helpful supplement to the global financial system," Li had told Kamath.

In his media interaction at Shanghai, Kamath, the former Independent Director of Infosys and former Chairman of ICICI Bank, said that setting up of the NDB signals "the coming of age of the developing countries."

"Developing countries can now stand on their own feet, and try to organise themselves regarding funding," he was quoted as saying by state-run Xinhua news agency.

He said NDB will work with the China-sponsored Asian Infrastructure Investment Bank (AIIB) on different projects.

"The setting up of NDB...The setting up of the AIIB is a statement that we will try to balance some things ourselves rather than borrow from those that could create volatility," Kamath said.

During the inauguration of the NDB, Kamath had said that a hotline would be set up between both the banks to promote close coordination and cooperation.

The AIIB to be headquartered in Beijing will be headed by a Chinese nominee in which India and and 56 other countries have joined.

India is the second largest share holder next to China in AIIB. While China holds 20.06 per cent share, India has 7.5 per cent shares followed by Russia with 5.92 per cent.

AIIB too is being launched with USD 100 billion initial subscribed capital of USD 50 billion share capital.

"There are so many structures we can work with (the AIIB)," Kamath said.

"Infrastructure and project needs are very large, so we will collaborate with everyone....We have partnerships that we will forge with the AIIB, the national loan banks and indeed, the exiting market loan banks," he said.

Developing countries complain that loans from organisations like the World Bank always come with strings attached, the Xinhua report said.

Demand for new infrastructure is climbing across the world, but some rich countries are increasingly hesitant to lend, said Shen Yi, an expert on BRICS countries with the Fudan University in Shanghai.

Through improved infrastructure, the NDB can make the sustainable growth of developing countries a reality, and China can share its experience, infrastructure production capacity and funds with other members, said Zha Xiaogang, an analyst with the Shanghai Institute for International Studies.