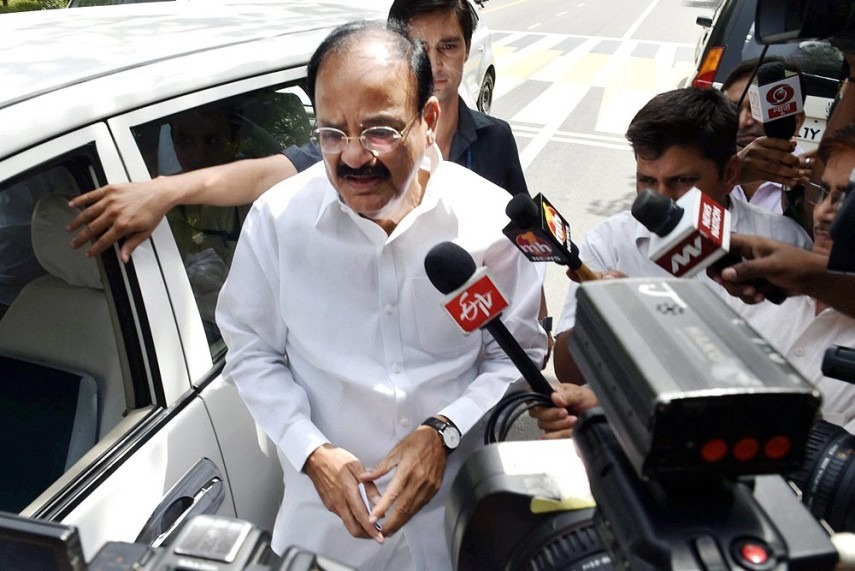 Venkaiah Naidu, who has been named as the vice-presidential candidate of the ruling NDA coalition, has submitted his resignation from the post of Urban Development Minister.

Naidu is the Minister of Housing and Urban Poverty Alleviation and Information and Broadcasting in the Modi administration.

A prominent leader of the BJP, he has also served as its national president from 2002 to 2004

Both as a student leader and political figure, Naidu gained prominence as a brilliant orator, who vigorously championed the cause of the farmers and the development of backward areas. His oratory skills and political activism propelled his political career and he was elected as an MLA to the Andhra Pradesh Legislative Assembly twice from Udayagiri constituency in Nellore district in 1978 and 1983. He rose to become one of the most popular leaders of the BJP in Andhra Pradesh.

After having served in various organisational posts of the BJP at the state and national level, he was elected as a member of the Rajya Sabha from Karnataka in 1998.