NDA Tends to Award Those Involved in Babri Demolition: Azam 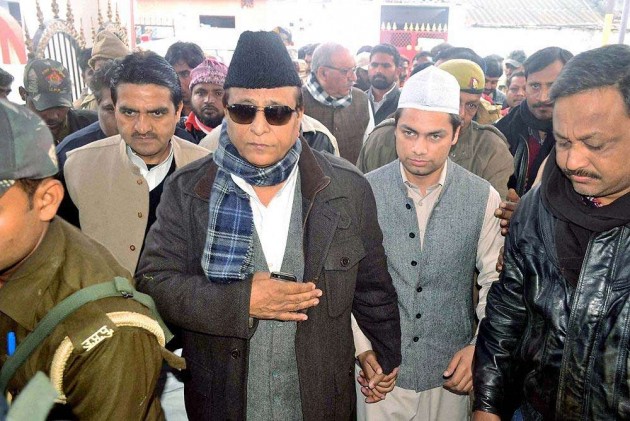 Print
A
A
A
increase text size
Outlook April 02, 2015 15:36 IST NDA Tends to Award Those Involved in Babri Demolition: Azam

The Union government's resolve to erect a memorial for late Prime Minister P V Narasimha Rao is an indication that the government headed by Narendra Modi carries an inclination to accord honour to a person who was involved in the conspiracy to demolish Babri Masjid, he told media persons yesterday.

The leader also came down heavily on the links between BJP and RSS.

"RSS is the root and BJP its branch and the present government is being run by RSS and Vishwa Hindu Parishad (VHP). They are determined to award honour to those who in-spite of holding pivotal positions in the then government were responsible for the demolition of the historic monument.

"Senior BJP leader L K Advani, who happens to be one of the main accused in the demolition case was decorated with Padma Vibhushan award," he said.

The Uttar Pradesh minister lashed out at CBI for "acting like slaves of the Centre" and hailed the recent Supreme Court verdict seeking response from accused BJP leaders in the Babri Masjid demolition.

"Though persons involved in murder, loot, arson and sedition are availing acknowledgements, it is a matter of great relief that the apex court has questioned why those involved in the demolition should not be made accused," he said.

The Supreme Court had on Tuesday sought the responses of veteran BJP leaders L K Advani and Murli Manohar Joshi, union minister Uma Bharti and 16 others on a fresh plea against a 2010 order of the Lucknow bench of Allahabad High Court dropping criminal conspiracy charge against them in the Babri mosque demolition case.