NDA Govt Creating War Hysteria With an Eye on UP Polls: Amarinder Singh 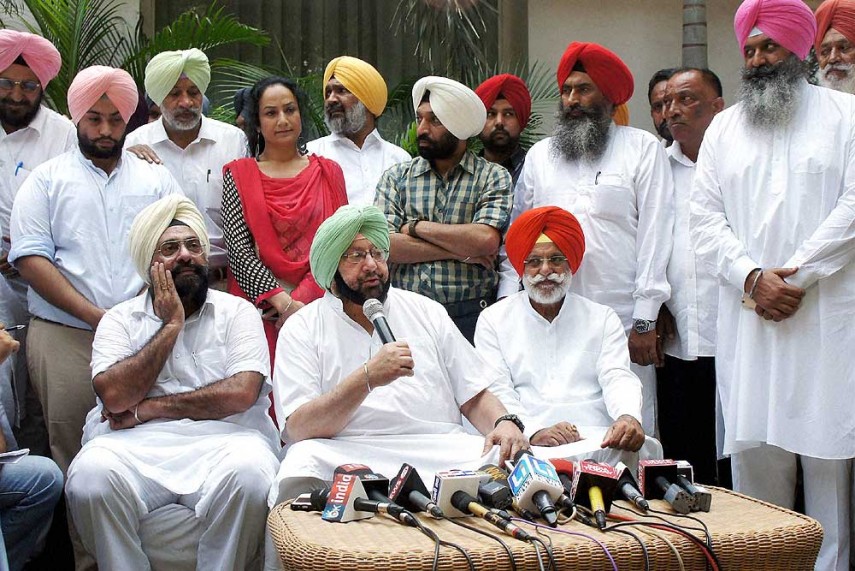 Print
A
A
A
increase text size
Outlook October 02, 2016 17:08 IST NDA Govt Creating War Hysteria With an Eye on UP Polls: Amarinder Singh

Punjab Congress chief Amarinder Singh today disapproved of the evacuation of people from the border areas of the state, alleging the BJP-led NDA government at the Centre is creating "unnecessary war hysteria and tension" with an eye on Uttar Pradesh Assembly elections.

"Our army is staying at peace time zones and our villages are being uprooted. Punjabis are being made scapegoats for next year's Uttar Pradesh elections, as BJP has been unable to establish any foothold there so far," he claimed.

"When there are not even remote signs of war, why uproot poor farmers and that too at a time when their crops are ready for harvest?" Amarinder asked.

Asserting that as of now, there are no signs of war which would necessitate their relocation or evacuation to safer areas, the Congress leader appealed to villagers along the border areas not to leave and said he will join them soon.

"Punjabis are known for valour, courage, and bravery. They will love to fight alongside their Army than run away, which the BJP is trying to make them do. But they will never do it," he claimed.

Speaking to mediapersons along the sidelines of 'Halke vich Captain' programme here, Amarinder claimed that there were no troop movements on the either side of the border after the surgical strike by the Indian Army on terror launch pads across the LoC.

Chief Minister Parkash Singh Badal, instead of meekly submitting to the Centre's diktats, should have taken a stand against the evacuation, Amarinder said, adding even Prime Minister Narendra Modi had called for de-escalation of tension.

The Congress leader maintained that Pakistan has no reason to retaliate since the Indian Army had not attacked Pakistan Army, but destroyed the terrorist camps and launch pads across the LoC.

Amarinder said, while India should continue its diplomatic efforts to isolate Pakistan, it must also not close the option of talks.

"Eventually we have to talk to each other. We better declare war on poverty than against each other," he said.