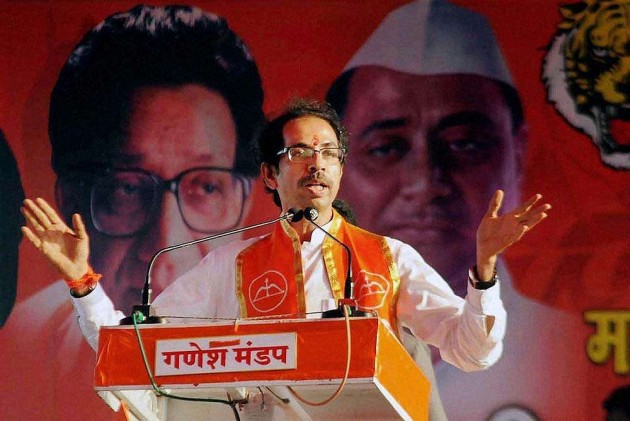 Hitting out at NCP's decision to extend outside support to the BJP in Maharashtra, the Shiv Sena today charged that the offer made by the Sharad Pawar-led outfit is to ensure that its "scam-tainted" leaders enjoy full protection.

"Until yesterday, BJP was a communal force and was mocked to be a party full of half pant wearing individuals by the NCP. They insulted Hindutva by mocking the Sangh's diktat of wearing half pants. Are they now really concerned about providing stability to Maharashtra? They only want to ensure that their corruption is not brought out in front of people," the Sena said in an editorial in its mouthpiece Saamana.

Terming NCP leader Praful Patel as an opportunist, Sena said his party doesn't even qualify to have an opposition leader.

"PM (Narendra) Modi had campaigned extensively against the NCP and called it a 'naturally corrupt' party that has looted Maharashtra. Vinod Tawde (BJP leader) had even threatened to unearth the scams of the Congress-NCP and send corrupt leaders to jail. And so, a party which does not even qualify to have an Opposition leader is resorting to such opportunism," the mouthpiece said.

Reminding the BJP of Sena's firm commitment towards a unified Maharashtra, it said that a massive mandate for the BJP in Vidarbha does not mean that people in that region have voted for a separate statehood.

"BJP has got a huge mandate in the Vidarbha region which has increased their tally substantially. But we cannot believe that this mandate is for a separate statehood for Vidarbha. BJP may have MLAs there but the Sena has MPs from the region who are committed to having a unified Maharashtra. Their stand remains firm and will never change," the Sena said.