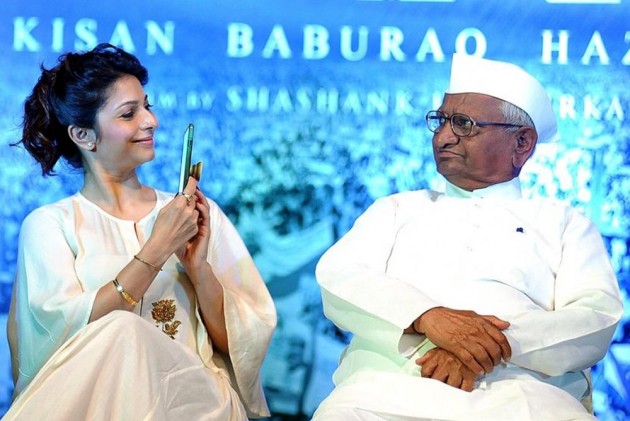 With Anna Hazare moving the Bombay High Court seeking a CBI inquiry into the alleged "Rs 25,000 crore sugar cooperative factories scam", the NCP today dubbed the social activist as an "agent of the RSS".

NCP spokesman Nawab Malik alleged that Hazare was playing a role in the "RSS conspiracy" to defame senior NCP leaders like Sharad Pawar.

"Why is Hazare not protesting over any issue in the BJP-ruled Maharashtra," Malik asked.

He filed two civil PILs and a criminal PIL seeking a CBI probe into the issue. The criminal PIL is listed for hearing on January 6 before a bench headed by Justice Abhay Oka.

The petitions alleged that fraud had been committed in governance by first burdening sugar cooperative factories with debts and thereafter selling these sick units at a throwaway price, causing loss of Rs 25,000 crore to the government, cooperative sector and members of public.

The petitions also demanded an inquiry by a Special Investigating Team (SIT) into alleged role of "politicians into the sugar cooperative scam, including NCP president and former Union agriculture minister Sharad Pawar and his nephew and former irrigation minister Ajit Pawar".