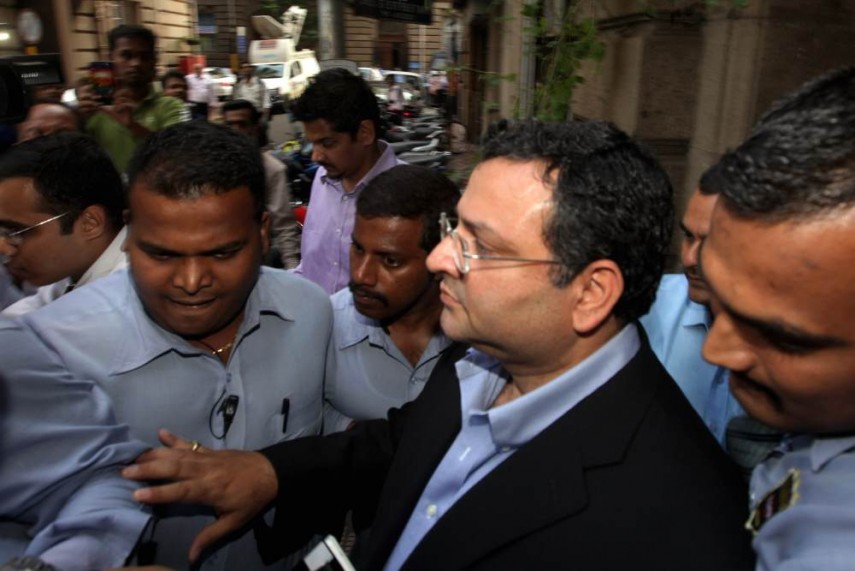 Print
A
A
A
increase text size
Outlook March 06, 2017 15:51 IST NCLT Holds Pleas of Mistry's Firms Against Tata Sons as 'Not Maintainable'

The NCLT today held that the two petitions filed by Cyrus Mistry's family companies against his ouster from Tata Sons were not maintainable as they did not fulfil the eligibility criteria for approaching the tribunal.

The National Company Law Tribunal (NCLT) also said it would hear tomorrow the plea of Mistry's companies seeking waiver of the eligibility criteria of 10 per cent shareholding, required under the Companies Act for moving the NCLT against Tata Sons.

"Mistry's companies have failed to satisfy us (NCLT) on the minimum 10 per cent shareholding eligibility criteria under the Companies Act and hence, these petitions are not maintainable," said a division bench of B S V Prakash Kumar (member-judicial) and V Nallasenapathy (member-technical).

The Tata Sons opposed the petitions, saying that as per a Supreme Court order, the petitioners were not eligible under the Companies Act as minority shareholders to file such pleas before the NCLT.

Tata Sons argued that if preference capital is also considered, the two petitioner firms hold only 2.17 per cent of the total issued share capital of Tata Sons.

The Companies Act also provides for these conditions to be waived by the tribunal as per its discretion, but the lawyers of Tata Sons argued that since the petitioners did not seek waiver at the time of filing the petitions, they cannot ask for such a leave later.

In December 2016, the two firms had challenged before the NCLT the unceremonious removal of Cyrus Mistry by Tata Sons as a director of its board.

The petitions alleged mismanagement at Tata Sons and oppression of minority shareholders.