Naxalite Gunned Down in Face-Off With Police in Chhattisgarh 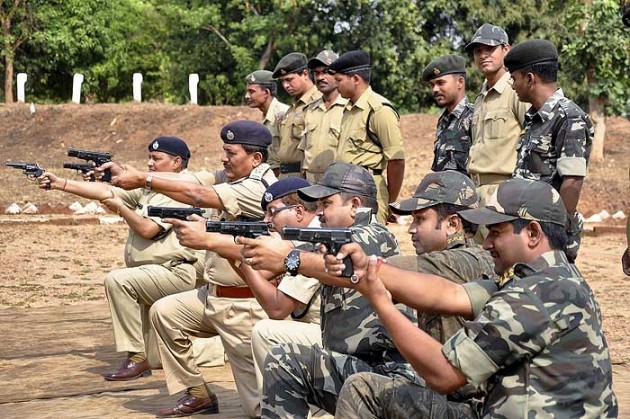 Print
A
A
A
increase text size
Outlook February 13, 2017 14:53 IST Naxalite Gunned Down in Face-Off With Police in Chhattisgarh

A Naxal was gunned down in an exchange of fire between the ultras and security forces at a village in Chhattisgarh's Bijapur district, police said today.

A joint team of Commando Battalion for Resolute Action's (CoBRA) 204th battalion and district force had left for a counter-insurgency operation from Basaguda police station last night, he said.

After crossing Talperu river, which cuts Basaguda habitation into two parts, when the security forces were advancing, a small group of ultras hiding in the forest triggered blasts of two pipe bombs following which a gun battle broke out between the two sides, he said.

The Naxalites, however, soon escaped from the spot on finding the security personnel zeroing-in on them.

Later, during search, the body of a rebel, a tiffin bomb, detonator and electric wires were recovered from the spot, the SP said.

"No harm was reported to security forces in the encounter. Although, according to police jawans, some more ultras were hit by bullets, they managed to flee into the dense forest with the help of their colleagues," he said.

Prima facie it appears that the rebels had come to the spot to plant explosives in the night to harm the security men but their bid was foiled by the patrolling team, Dhruv said.

The identity of the killed rebel was yet to be ascertained, he added.