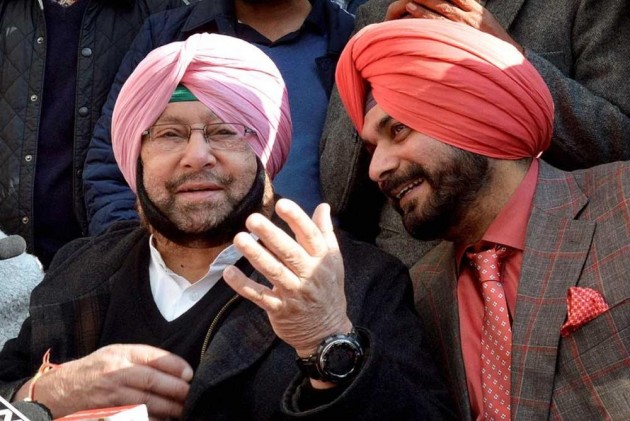 Though the chief minister-designate refused to share any details about the likely members of his cabinet, party sources said several newly elected MLAs including Sidhu, who had deserted BJP to join Congress, Manpreet, the estranged nephew of outgoing Chief Minister Parkash Singh Badal, and Razia Sulata are in the race.

Having tasted electoral victory in Punjab after a gap of 10 years, Congress would like to give representation to members of different castes, regions, religions and gender and also accommodate experienced leaders and youths in the cabinet.

Among women, Razia Sultana (Malerkotla) and Aruna Choudhary (Dinanagar SC) could get a ministerial berth.

Amarinder will take oath as chief minister on March 16.

Riding on strong anti-incumbency, Congress stormed to power in Punjab after a gap of 10 years by winning 77 seats in the 117-member Assembly.