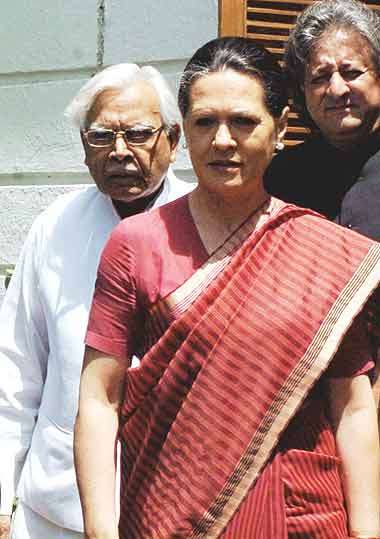 Unfazed by the attacks on him by the Congress leadership for his book which was sharply critical of Sonia Gandhi, Natwar Singh has decided to write a sequel "which will have many more disclosures".

To be called My Irregular Diary, the sequel is expected to hit the market by next March, the former External Affairs Minister told PTI here today.

Asked if it would contain more revelations about the Gandhi family and how the Congress has functioned under its leadership, Singh replied, "It will have many more disclosures."

The former Congress veteran is elated at the response his book One Life is Not Enough has received in the four days of hitting the market. "It has sold 50,000 copies already and the publishers are going for reprints," he said about the autobiography which has created a political storm.

Asked if he had deleted anything from the book after Sonia and Priyanka Gandhi had met him at his residence in May ahead of its publication, Singh replied, "Not a word."

Singh said the sale of the book has exceeded his expectations largely due to the reaction of the Congress President and other party leaders who had sharply criticised him for disclosures such as that it was not her "inner voice" but Rahul Gandhi who had stopped her from taking up Prime Ministership in 2004.

"I must thank all the Congressmen for having contributed to the sale of my book," he said.

83-year-old Singh looks forward to reading the book that Sonia Gandhi had said she would write.

Reacting angrily to Singh's book, she had said she would write her own story to reveal the truth. "The only way the truth will come out is if I write. I am serious about this," Gandhi had said.