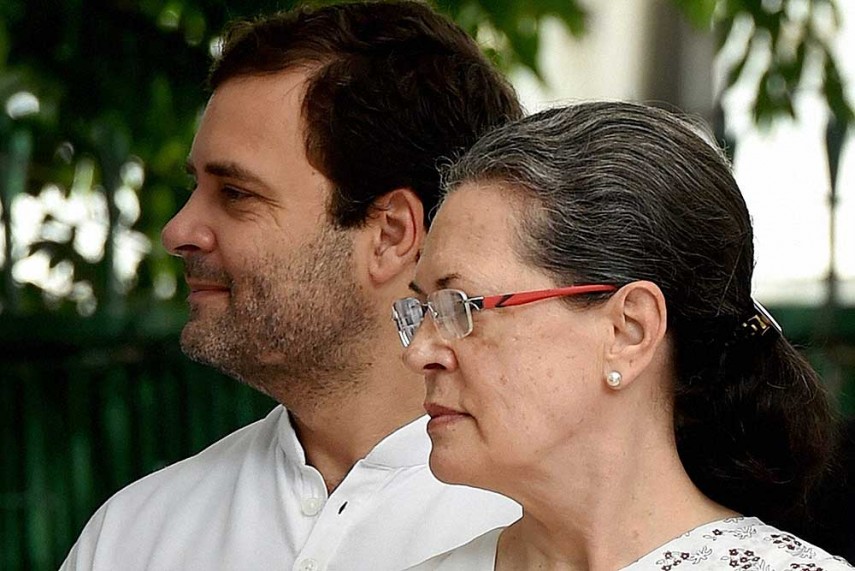 Congress President Sonia Gandhi, Vice President Rahul Gandhi and other leaders were asked by a Delhi court today to respond to a fresh plea of BJP leader Subramanian Swamy seeking certain documents from the party and Associated Journals Ltd (AJL) in the National Herald case.

Besides the Gandhis, Metropolitan Magistrate Lovleen also issued notices to other party leaders like Motilal Vora, Oscar Fernandes, Suman Dubey and Sam Pitroda seeking their replies within two weeks, while posting the matter on October 4.

In his application, Swamy has sought documents relating to a loan given by the Congress to the AJL, the holding firm of the National Herald, saying these were necessary for the purposes of trial in the case.

He also sought certain documents from the Registrar of Companies (ROC) which were filed by the AJL and papers from the Department of Income Tax (DoT) in relation to income tax returns filed by AJL.

The documents sought from AJL included "authorisation by the members of the AJL to borrow monies in excess of its paid- up capital and free reserve of AJL, relevant extracts from the books of accounts of AJL during the period of loan and documents by which the loan was converted into shares in the books of AJL."

Swamy also sought summoning documents from "the Congress party reflecting the loans given to AJL and documents of the party in the year in which the loan was written off."

He also sought summoning of certain "documents filed by AJL with ROC and certain papers from the DoT."

The application was filed by Swamy after the Delhi High Court set aside trial court's orders summoning documents and the balance sheet of the Congress party for 2010-2011, holding that they were passed without hearing the opposite side and that the lower court orders violated the "principle of natural justice" and the right to life and liberty under the Constitution.

In its July 12 verdict, the High Court had said the trial court orders of January 11 and March 11 seeking documents from Ministries of Finance and Urban Development, Department of Corporate Affairs and Income Tax Department and the summoning of certain documents pertaining to financial details of the party for 2010-2011 were "passed in a casual manner" and "without application of mind".

The high court's order came on the pleas of Vora, Fernandes, Dubey, Pitroda and a company YI. Gandhi's had not moved high court against summoning of the documents and balance sheet.

Swamy has accused them of allegedly conspiring to cheat and misappropriate funds by just paying Rs 50 lakh by which YI obtained the right to recover Rs 90.25 crore which Associated Journals Pvt Ltd (AJL) owed to the Congress party.

All the accused have denied the allegations levelled against them by Swamy.