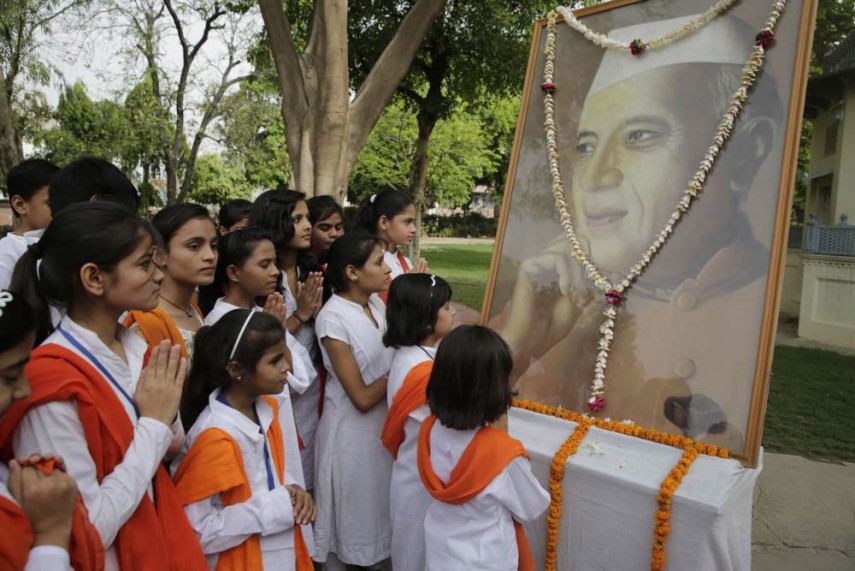 While homage was paid to Nehru at his memorial Shantivan by Mukherjee and Vice President Hamid Ansari, Lok Sabha Speaker Sumitra Mahajan led Parliamentarians in paying floral tributes at Nehru's portrait in Central Hall of Parliament.

"Tributes to Pandit Jawaharlal Nehru on his birth anniversary," Modi said in a tweet.

The leaders also released tricolour balloons amid playing of bands and singing of patriotic songs by school children.

A booklet containing the profile of Nehru, brought out in Hindi and English by the Lok Sabha Secretariat, was presented to the dignitaries.

The portrait of Nehru was unveiled by the then President S Radhakrishnan, in Central Hall on May 5, 1966.

Nehru was born to Motilal Nehru and Swaroop Rani on November 14, 1889, in Allahabad in Uttar Pradesh and his birthday is celebrated as Children's Day. He remained in office until his death in 1964.