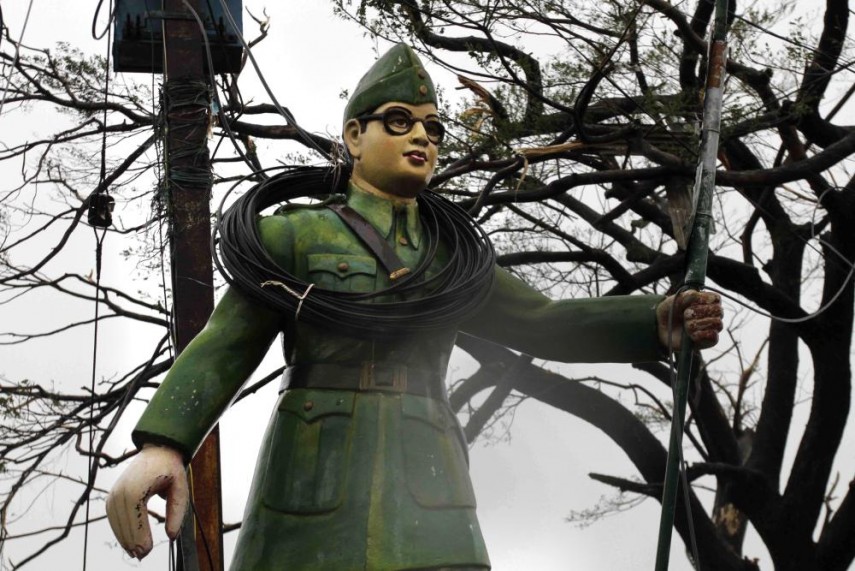 Print
A
A
A
increase text size
Outlook May 27, 2016 23:23 IST 'Narashima Rao Had Proposed to Confer Bharat Ratna to Netaji Posthumously'

Former Prime Minister P V Narasimha Rao had proposed to confer Bharat Ratna to Netaji Subhash Chandra Bose posthumously, indicating that the government at that time had accepted the death of the freedom fighter, according to declassified files on Netaji released today.

In a letter dated October 10, 1991 to then President R Venkataraman, Rao who was then Prime Minister, said, "It is proposed to confer the highest civilian award, namely 'Bharat Ratna', posthumously on Shri Subhash Chandra Bose, in recognition of his public service of the highest order and his outstanding contribution to the freedom struggle of our country."

In an another letter, dated January 19, 1992, Rao suggested to Venkataraman that the announcement of the posthumous awards to Netaji could be made on January 23, which also happens to be the freedom fighter's birthday.

"My office will be touch with your Secretariat to finalise the necessary details," he said.

However, when Rashtrapati Bhavan had issued a press communique dated January, 22, 1992 regarding conferment of Bharat Ratna to Netaji posthumously, Netaji family declined to receive the award on the ground that it may be "interpreted as a slight to his memory", according to an internal note prepared for information to the prime minister.

According to the note, then Home minister had said that he had met the President who had said that there was no provision of withdrawing the award.

"I have discussed today with President and he said that there is no provision for withdrawing the Bharat Ratna award. It will not be sent to Archives. It may be kept with Home Ministry. It will not be mentioned when the names are called. Nothing needs to be done," the note quoting then home minister said.

In 2014, speculations were rife that Bharat Ratna may be conferred on Netaji but a majority of his family members disapproved of the idea and instead demanded that the mystery of his disappearance be solved first.

On the occasion of the 119th birth anniversary of Netaji On January 23 this year, Prime Minister Narendra Modi had released the first lot of 100 files relating to the freedom fighter.

The second lot of 50 files and third lot of 25 files were released by Union Culture Minister Mahesh Sharma in March and April respectively.

In October last year, Modi had met the family members of Netaji and announced that the government would declassify the files relating to the leader whose disappearance 70 years ago remains a mystery.

While two commissions of inquiry had concluded that Netaji had died in a plane crash in Taipei on August 18, 1945, a third probe panel, headed by Justice M K Mukherjee, had contested it and suggested that Bose was alive.