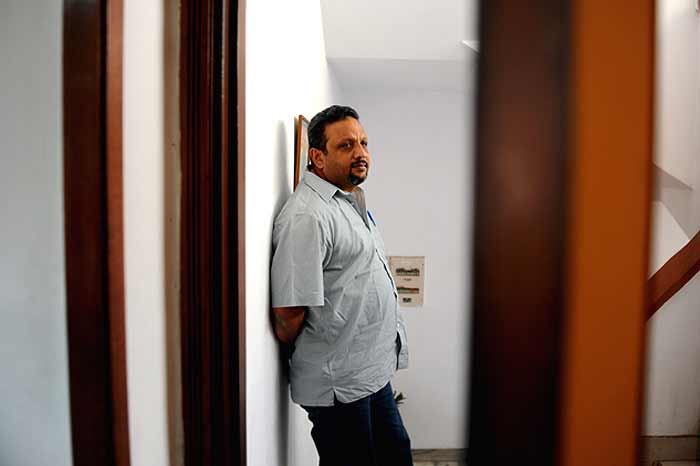 Narada News CEO Mathew Samuel was tonight released after being detained by Immigration authorities at the Indira Gandhi International Airport here on his arrival from the US following a lookout notice issued against him by the Kolkata police.

Joint Commissioner of Kolkata Police (Crime) Vishal Garg told PTI, "Samuel was initially detained at the Delhi airport but was later released after being asked a few questions by the Immigration personnel."

A division bench of Calcutta High Court Chief Justice Manjula Chellur and Justice A Banerjee yesterday ordered an interim stay into the Narada sting operation probe launched by the Kolkata Police till the next date of hearing on August 19. The lookout notice had been issued before the HC order.

Affirming they would go by the HC directive, Garg said, "We respect the order of the hon'ble high court and will abide by the same."

Meanwhile high drama marked after the news of the detention spread, as Samuel's counsel Samim Ahhamed shot off a letter to Kolkata Police Commissioner Rajiv Kumar which said, "Hon'ble High Court put a stay on parallel investigation initiated by the Kolkata Police. Inspite thereof, as per your instruction, the immigration authority at Delhi has detained my client in violation of high court order..."

In the letter the counsel also alleged the KP has already commited contempt of court and said, "You are requested to take immediate steps to release my client from police custody."

Earlier minutes after Samuel's detention, Kolkata police was asked to approach the immigration authorities in Delhi with relevant documents about the case before he could be handed over to them, official sources said.

Kolkata Police had registered a case against Samuel on a complaint by city Mayor and Fire and Emergency Services Minister Sovan Chattopadhyay’s wife.

Chattopadhyay's wife Ratna Chattopadhyay had filed the complaint at the New Market Police Station against Samuel on the basis of which Kolkata Police Detective Department registered the FIR and started a probe into the sting operation.

He was booked under IPC Sections 469 (forgery for purpose of harming reputation), 500 (defamation), 505 (statements conducing to public mischief), 171(G) (false statement in connection with an election) and 120(B) (criminal conspiracy).