Nanavati Commission Set Up to Save Modi's Skin: Cong 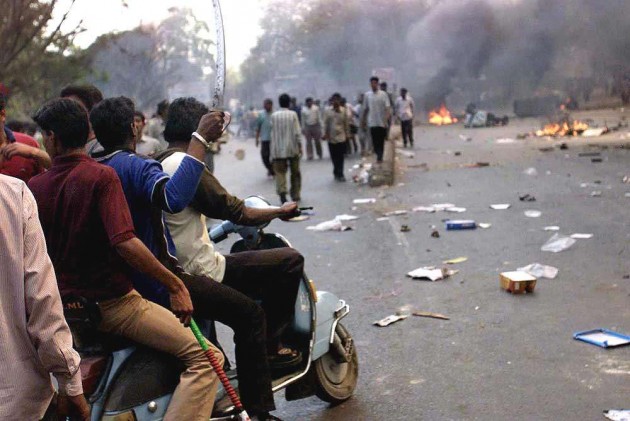 Print
A
A
A
increase text size
Outlook November 21, 2014 21:18 IST Nanavati Commission Set Up to Save Modi's Skin: Cong

Congress today rejected the final report of the Justice Nanavati Commission on post Godhra riots in 2002 alleging that the panel was set up to "save the skin" of the then Gujarat Chief Minister Narendra Modi.

"When the Commission was being set up, I had said that nothing will come out of this report. This Commission was set up to save the skin of Modi ji and was a wastage of public money," party spokesperson Shaktisinh Gohil said.

The former CLP leader of Gujarat alleged that public money was "wasted" for 12 years on this commission and suggested that "favours" were done to Nanavati's son by making him a public prosecutor.

The Congress leader drew the media's attention to the fact that the report was presented to Chief Minister Anandiben Patel two days after the assembly session there came to a close.

After 12 years since its formation and 24 extensions, the Nanavati Commission had on Tuesday submitted its second and final report on the 2002 post-Godhra riots in Gujarat, in which more than 1000 people, mostly from a minority community were killed, to Patel.

A day later the judicial commission said that there was insufficient evidence to support allegations levelled against Modi to summon him for questioning before the panel.

The panel is reported to have given a Modi clean chit in post-Godhra riots.