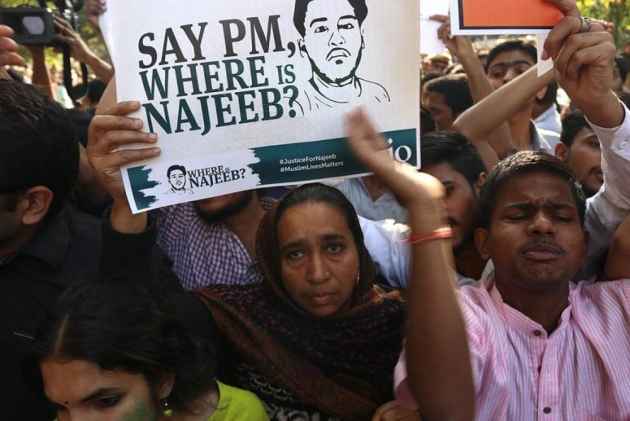 The Delhi High Court today pulled up the CBI for filing the same report regarding its probe into disappearance of JNU student Najeeb Ahmad that was placed on record last time, saying that the case was "not transferred to the agency for fun".

"There is nothing new. It is the same report of July 17. We did not adjourn matter on that date to examine this two- and-a-half page scrap today," a bench of Justices G S Sistani and Chander Shekhar said to the agency.

It directed the CBI to file a fresh status report before the next date of hearing on September 6.

"We have not transferred the matter to the CBI for fun," the bench said, adding that the July 17 report only showed "cosmetic steps" being taken by the agency.

The bench said it lists matters for hearing "at the cost of others".

"What was the idea of listing it today? Just to say the report has been filed," it asked the CBI.

During the hearing, the bench asked CBI what happened in the interrogation of the persons accused of assaulting the missing student the night before his disappearance.

The agency replied it will indicate the same in its status report.

The CBI also said there was progress in its investigation and it was sure it will "crack the case", but added that it would take some time.

It also said that as part of its probe, it was also examining the earlier investigation carried out by the Delhi Police.

The high court had on May 16 ordered the CBI to take over the probe into the mysterious circumstances surrounding the disappearance of the student since October 2016.

The order was passed on the plea of Najeeb's mother, Fatima Nafees, who moved the court on November 25 last for tracing her son, a first-year MSc Biotechnology student who went missing from JNU hostel Mahi Mandavi.

The student went missing on October 15, 2016 after he had an altercation with some students belonging to the Akhil Bharatiya Vidyarthi Parishad (ABVP) in the campus.

Later, students of the RSS-affiliated ABVP had denied any involvement in his disappearance.